Vegan Omega 3: Why You Should Get DHA & EPA From Algae Not From Fish Skip to content
FREE Shipping on orders over $50 in the continental U.S.
Save 20% off any protein tub + Free Shipping on orders $50 or more
Discount Automatically applied at checkout and cannot be used in conjuction with other offers including subscribe and save 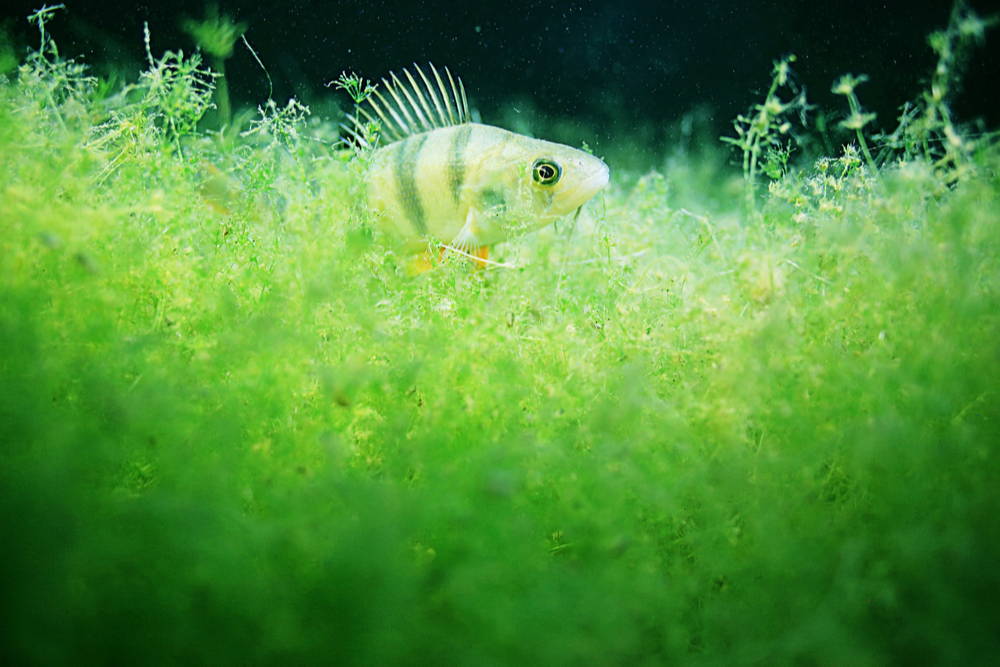 What if you’re vegan, vegetarian, or don’t like the taste of fish? Algae is the answer to getting your omega-3s!

You’ve probably been told for your entire life that you need omega-3 fatty acids from fish in order to be healthy. You’ve been told that it’s necessary and that you can’t get essential omega-3s without eating fish or taking a fish or krill oil supplement.

But what do you do if you’re vegan, vegetarian, or simply don’t like the taste of fish? Eating fish is not essential for getting your omega-3s. In fact, fish actually acquire their omega-3 from algae. Fish don’t create omega-3 naturally. Instead, they store the nutrient in their tissues from consuming algae.

Here’s why algae is the best choice for getting omega-3 DHA + EPA over fish & krill oil:

WHAT IS OMEGA-3 GOOD FOR?

Omega-3 fatty acids are found in fish and other plant sources, but what do they help exactly? These fats work as an essential part of cell membranes throughout your body and affect the functionality of your cell receptors.

Outside of being a basic building block for your body, omega-3 fatty acids have a variety of other benefits:

Several studies have found that people who consume more omega-3s also have lower rates of depression and anxiety. So, by eating more foods with omega-3 in them, you are less likely to struggle with anxiety or depression. Studies have also shown that eating more omega-3s can be used as a treatment for those with mental diseases.

Omega-3 DHA is a structural element of your retinas in your eyes. When your diet lacks Omega-3 DHA, you might begin to experience vision problems such as macular degeneration. This effect causes vision impairment initially and eventually can even cause you to go blind. 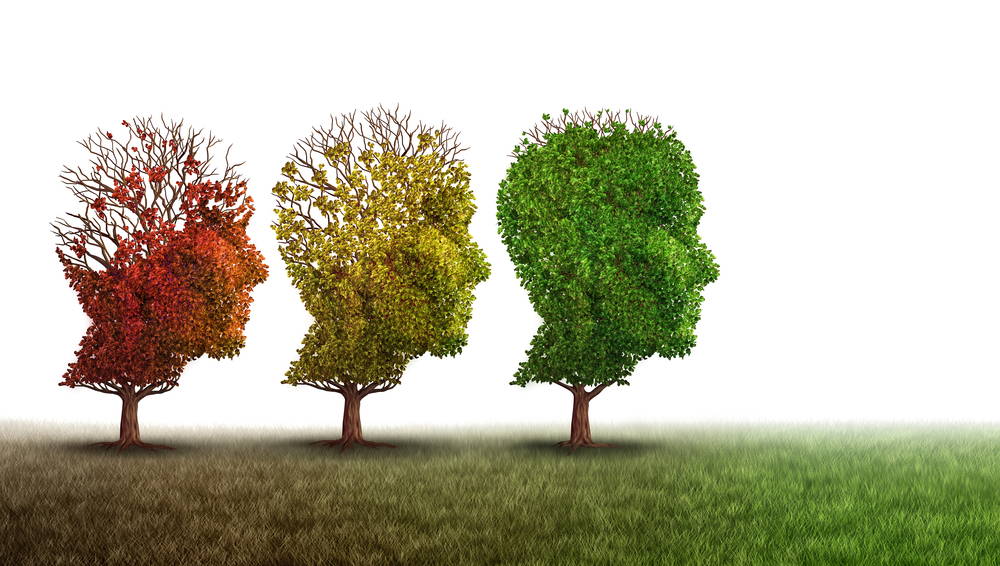 Omega-3 DHA is also vital for brain development for infants. DHA makes up 40% of the polyunsaturated fatty acids in your brain, so getting enough omega-3s at an early age is crucial.

Later in life, Omega-3s can reduce your risk of developing dementia and Alzheimer’s disease. This study showed that those with higher levels of omega-3 had a greater gray matter volume. Gray matter is responsible for processing information, retaining memories, and regulating emotions.

For a list of foods that can enhance your memory retention and improve concentration, check out our full article on boosting your brain power.

Omega-3s have multiple benefits for your heart’s health that can lower heart disease factors. This makes omega-3 fundamental for a healthy heart. Some of the benefits include: 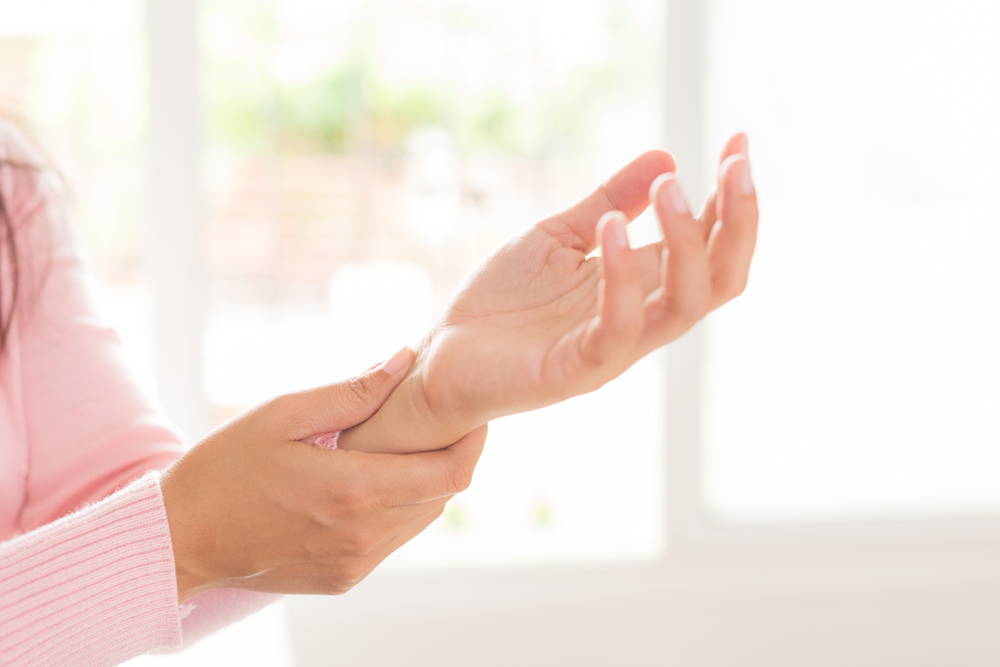 Inflammation is a natural and helpful response that occurs when your body tries to repair itself, but once the reaction becomes chronic, inflammation no longer helps your body. It only harms the healing process and leaves you with constant pain.

Those with injuries that have resulted in chronic arthritis need less inflammation in their body in order to feel better. Omega-3 fatty acids suppress the production of inflammatory eicosanoids and cytokines. To find out more on how you can improve your joint health, take a look at our article on what foods to eat.

Colon cancer is the second leading cause of death in the United States. In this year alone, 140,250 people will be diagnosed with this form of cancer. Some studies have shown that Omega-3 can actually reduce your risk of developing colon cancer by 55%.

Although fish is probably the most widely known source of Omega-3s, there are actually several plant-based vegan sources of Omega-3. Here are five different plant-based options for getting the omega-3s you need: 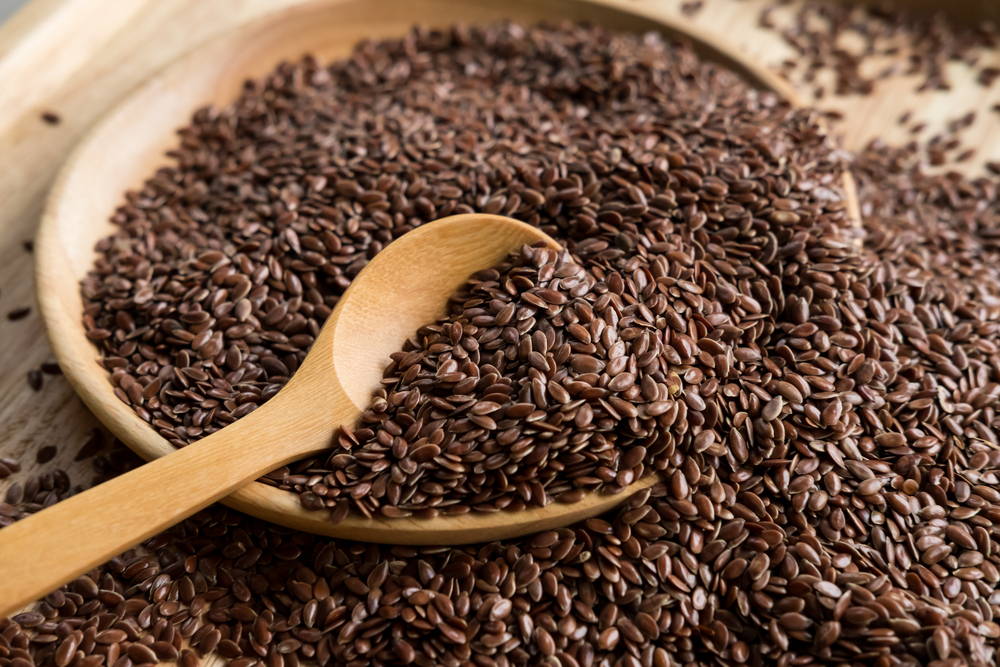 Flaxseeds are the richest source of Omega-3 ALA. It’s easy to integrate these seeds into your diet. Simply add them to a smoothie. Or, top off your yogurt or oatmeal with these seeds.

Please note that flaxseeds are better-absorbed ground rather than whole. You can either grind your flaxseeds in a coffee grinder or a food processor. Or you can buy flaxseed oil or capsules and take these ALAs as a supplement. 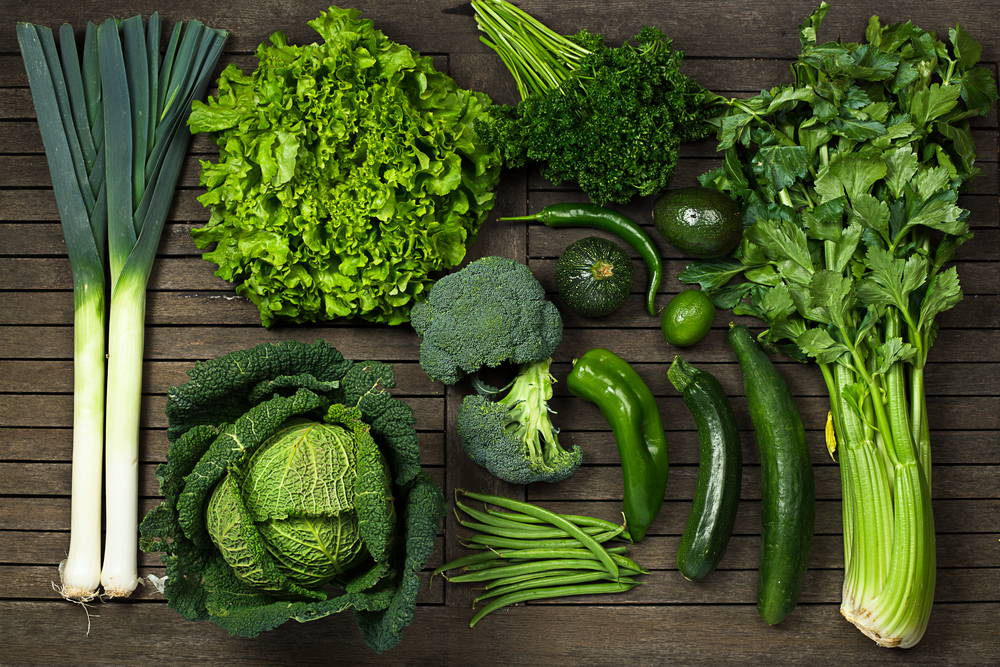 A large salad with kale or spinach can be an excellent source of Omega-3 ALAs. Or if you don’t like the taste of greens, hide the taste in a smoothie or protein shake.

We have a free smoothie e-book that you can use to get inspiration to make tasty and healthy smoothies. 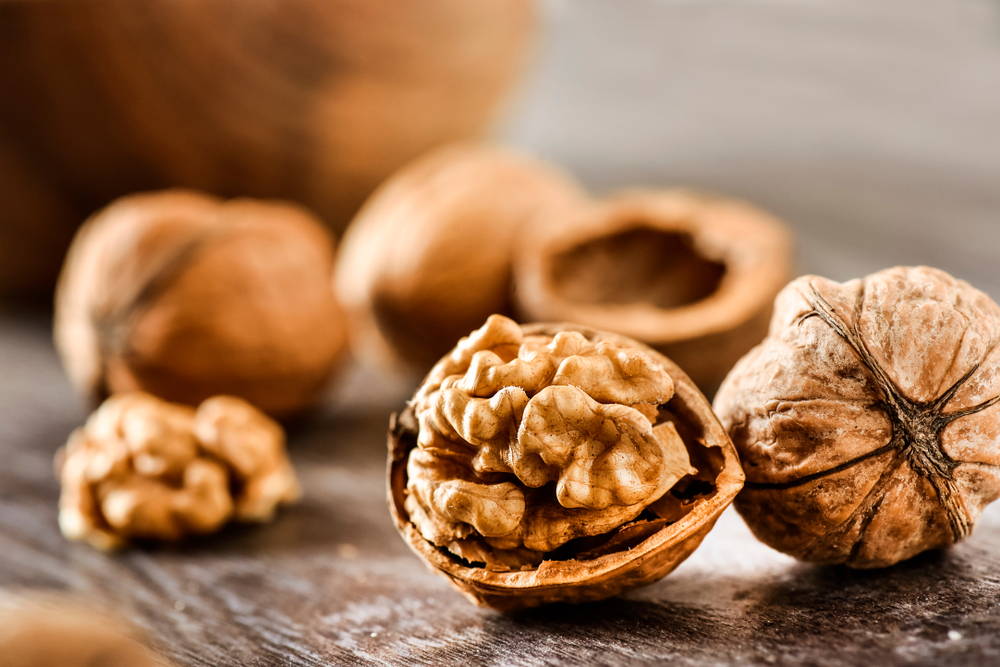 These nuts are great to supplement your ALA, but they aren't a source to get all the omega-3 that you need. A quarter-cup only provides 14% of what you need, but these nuts do have a host of nutrients that are great for you.

So, use these nuts to top off salads for some extra omega-3s, but don’t rely on walnuts solely.

Soybeans and tofu are also great for supplementing your Omega-3 ALAs but shouldn’t be used as a sole source either. For every one cup of cooked soybeans and half a cup of cooked tofu, you receive 7% of your daily needs.

Tofu and soybeans are great sources of protein and are considered to be complete proteins. That makes this source of omega-3 great. You can supplement your omega-3 while ensuring that you get enough protein. 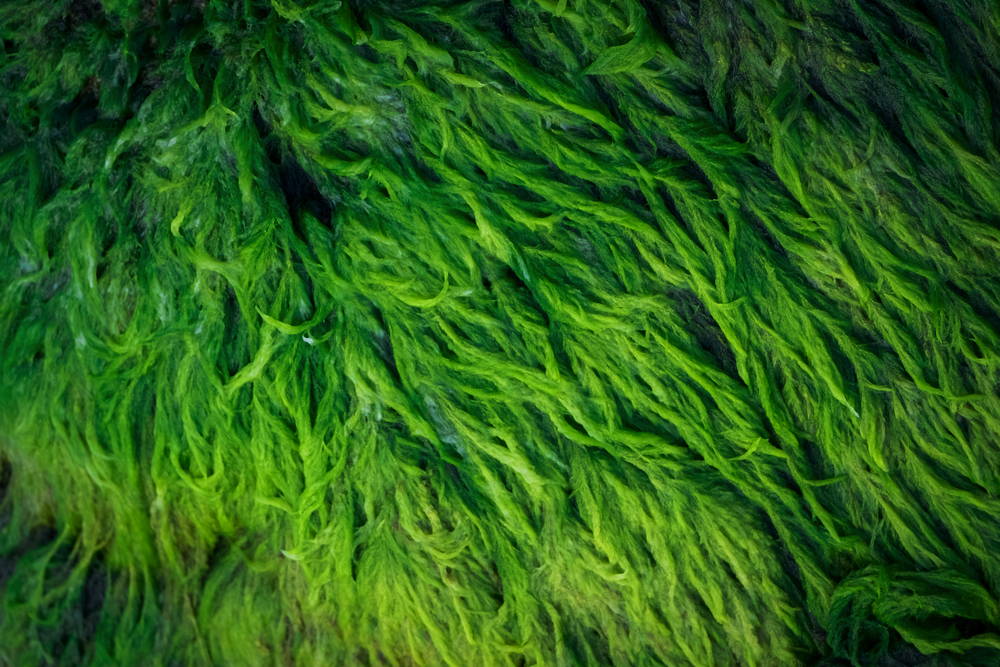 Algae are actually very similar in nutrient Omega-3 density to what you see in fish. Algae naturally contain DHA and EPA. Fish actually receives their DHA and EPA from algae. So, when you think of getting your omega-3 DHA and EPA from fish, the source is actually algae.

You may be wondering how you’re supposed to eat algae when you’ve never seen algae in the grocery store before. The easiest way to get algae’s DHA and EPA is through an algae omega-3 supplement.

There are actually three different types of omega-3: alpha-linolenic acid (ALA), eicosapentaenoic acid (EPA), and docosahexaenoic acid (DHA). DHA and EPA are long chain omega-3s whereas ALA is a short chain omega-3. As you may have noticed above, most plant-based sources of omega-3 are in the form of ALA.

They have misinformed the public and said that you would need to take 6–9 capsules of flaxseed oil a day to get the same amount that you’d receive from a piece of fish.

That means that getting enough omega-3 DHA and EPA is not difficult to achieve through plant-based sources.

However, some people do have a difficult time converting ALA to DHA. Algae are a great source of DHA and EPA that isn’t fish.

Algae are the closest thing to fish, but they do not contain toxins or heavy metals such as mercury, dioxins, and pesticides that fish flesh does. Fish also don’t even create DHA and EPA. They absorb it through eating algae. They aren’t necessary for your diet. 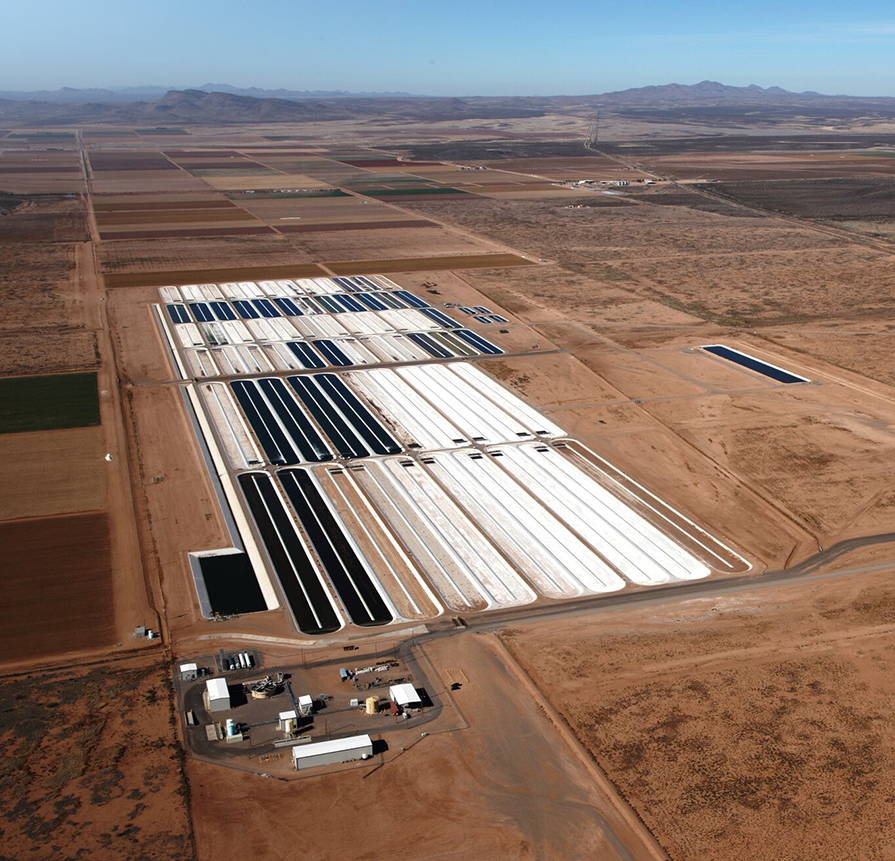 So why are there reports that say Greenland Eskimos (Inuits) have low levels of coronary heart disease while eating a diet very heavy in fish and meat and little to no fruits and vegetables?

That seems to contradict what we think of as a heart-healthy diet. Many people claim that because of the amount of omega-3 from different sea life that these Eskimos ate, their rates of coronary heart disease were slim to none.

However, this statement is not true. Many people choose to believe the premise at face value. They believe that heart disease, specifically coronary atherosclerosis, was unknown to this sect of people even though several other studies and data support otherwise.

Because of the cold temperatures of the region, a large majority of the Eskimo population is mummified. Studies of their bodies have shown that there are several instances of coronary atherosclerosis and twice the fatal stroke rate of other populations. Eskimos don’t typically live very long due to heart disease.

The westernization of their diet actually lowered their rates of heart disease. So why do studies still refer back to Bang and Dyerberg’s study as evidence that Eskimos had great heart health?

Perhaps this is an enormous incidence of confirmation bias. Confirmation bias basically means that people prefer to believe what they already think is true.

Fish isn’t heart healthy. It contains cholesterol just like other meats, such as red meat, that are considered bad for your heart.

But even if you don’t want to become vegan or vegetarian, implementing more plant-based foods into your diet is part of a healthy lifestyle. 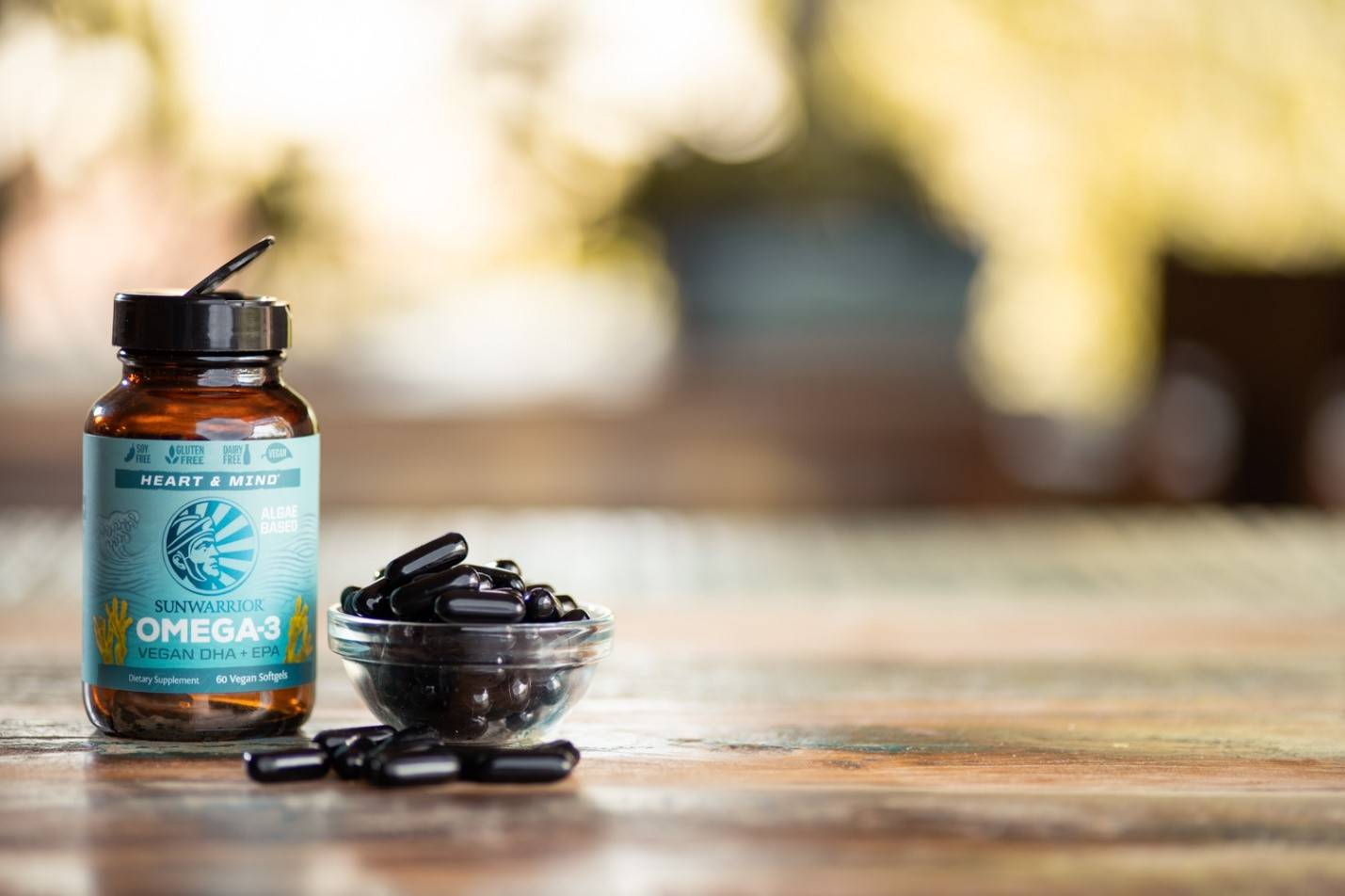 Sunwarrior’s Omega-3 supplements go straight to the source for their omega-3 DHA and EPA. This supplement is sustainably sourced with the environment in mind. The algae are harvested for bioavailable Omega-3, 6, 7, and 9 fatty acids from ponds using aquifer salt water and natural sunlight.

The supplement also contains necessary polar lipids and chlorophyll. All the ingredients help to lower inflammation and decrease the risk of cardiovascular failure. This supplement also supports healthy vision, joint, and brain health.

Whether you’re worried that you’re not getting enough omega-3s or you need an extra boost because of aging or pregnancy, supplementing with algae plant-based omega-3 ensures that your body is getting what it needs.

Sunwarrior’s Omega-3 supplement is free from industrial contaminants, mercury, and other heavy metals. Our supplements are great for your body and provide a more environmentally friendly alternative to fish or krill oil supplements. Which Protein is Right...