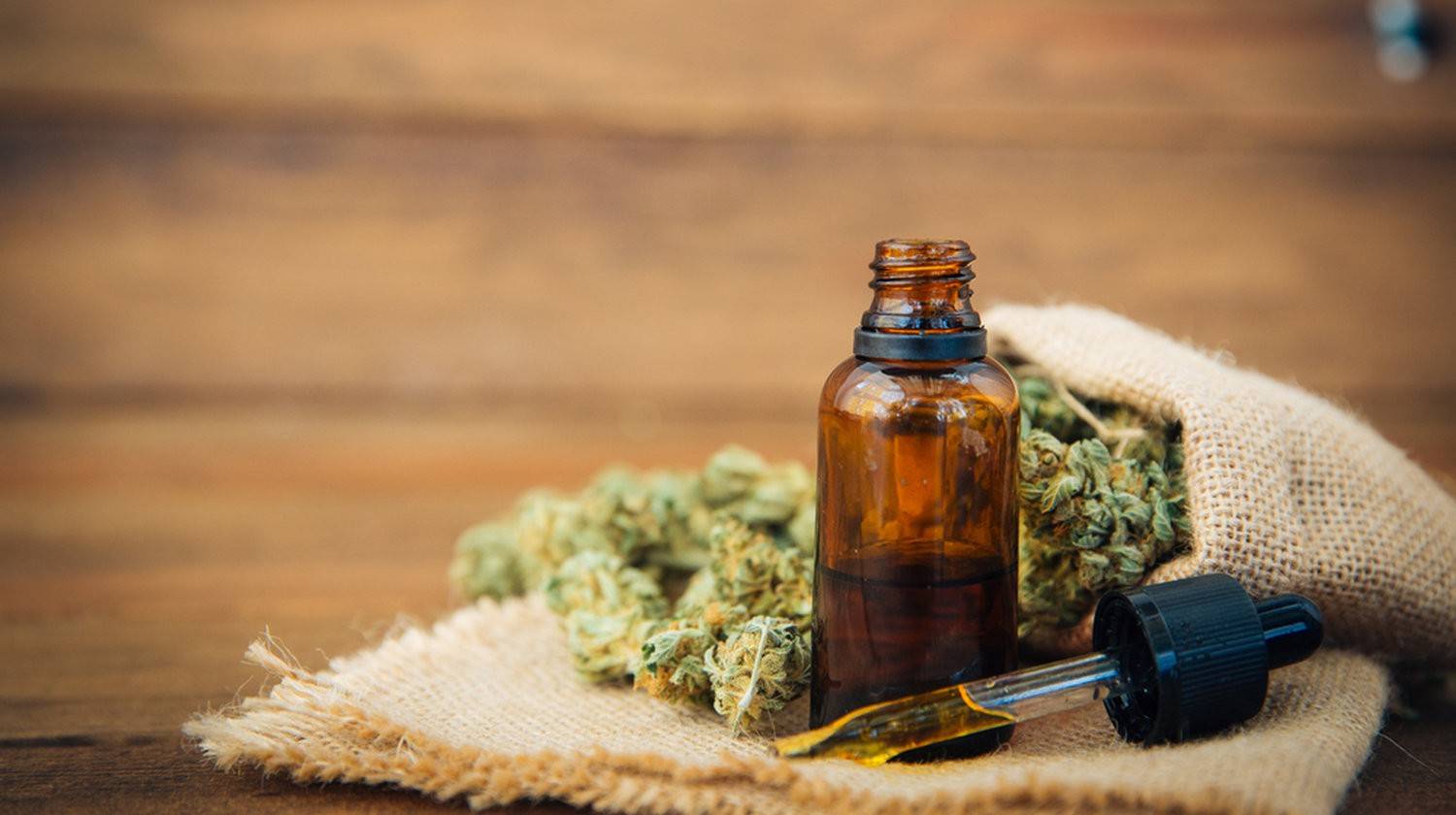 Have you tried using Hemp oil for pain relief? Get to know the benefits of Hemp oil here! Keep reading to find out more.

How to Use Hemp Oil for Pain and Inflammation

Get relief from chronic pain and inflammation with Hemp oil! It’s a natural approach to pain relief!

Hemp is increasingly gaining in popularity due to its many health benefits, one of which is pain relief.

For many people experiencing chronic pain, Hemp has been found to be an alternative and natural approach to reducing pain.

Over recent years, the non-psychoactive cannabinoid has been studied and is displaying promising results in the treatment of inflammation and pain relief.

Chronic pain and inflammation can greatly reduce your quality of life. Plus, according to the CDC, an estimated 50 million Americans have chronic pain.

Hemp is a great natural alternative to provide relief from pain. Going natural with pain management can save you from the side effects that come with synthetic medicines, produced by the pharmaceutical industry.

Taking prescription medication for chronic pain for a long period of time may result in side effects that can be as painful as the original illness. That’s why more and more people are looking for more natural alternatives to these synthetic pain relievers.

Hemp oil may be useful in reducing pain and inflammation in conditions such as:

What Is Hemp Oil? 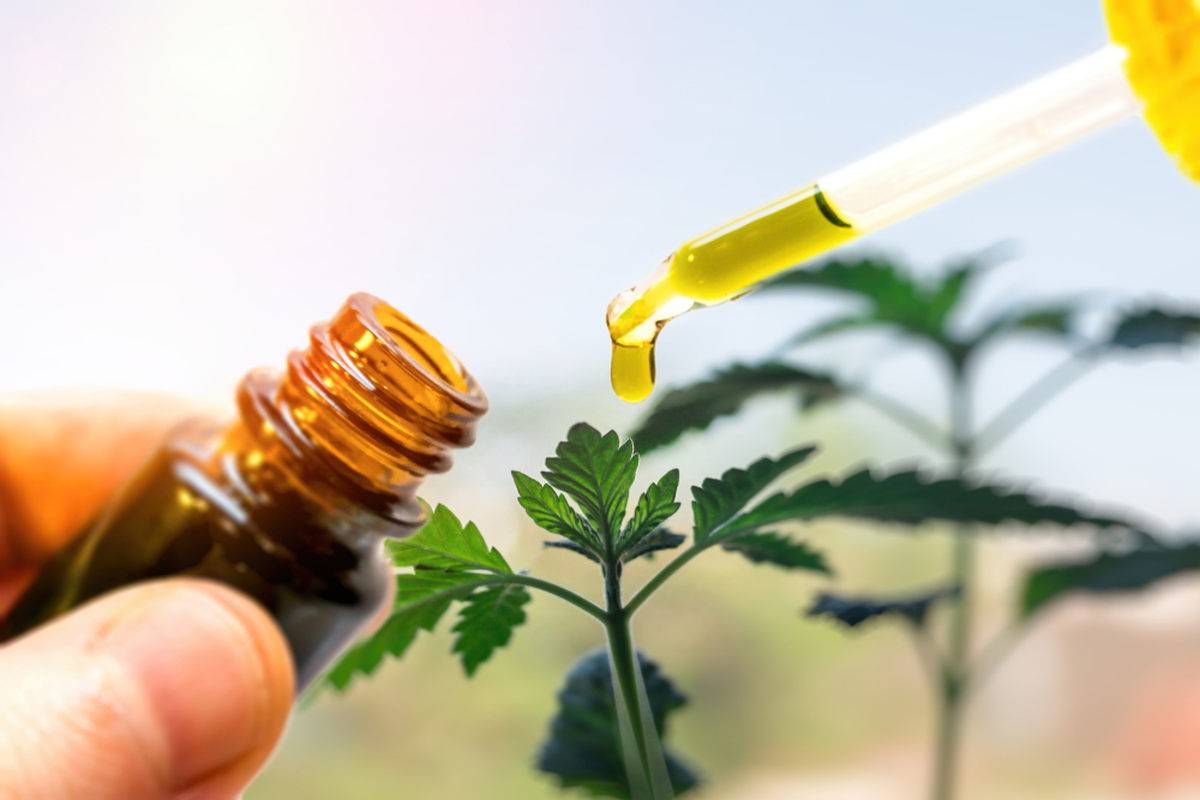 Hemp is a compound of the Cannabis sativa, or cannabis plant.

To create Hemp oil, Hemp is extracted and then diluted with a carrier oil like hemp oil or coconut oil. Most Hemp oil is made from industrial hemp, which doesn’t contain significant amounts of tetrahydrocannabinol or THC.

THC is the main psychoactive compound found in cannabis that causes the “high” feeling often associated with cannabis.

So, Hemp oil can provide health benefits without any mind-altering effects. The use of cannabis for pain relief actually dates back to ancient China according to a report published in the Cannabis and Cannabinoid Research.

As well as pain relief, Hemp oil has been gaining traction in the wellness community as a natural remedy for a number of ailments, including anxiety, depression, and acne.

How Does Hemp Oil Work? 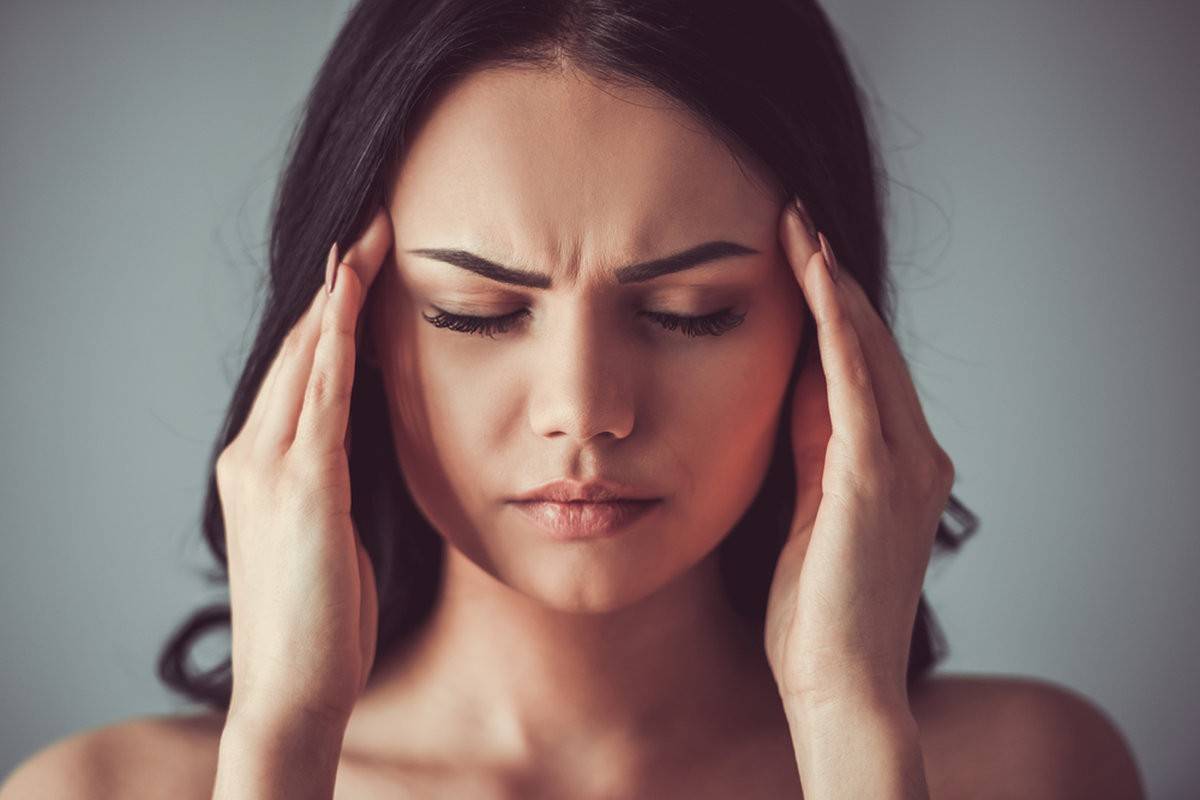 You’re probably wondering, “how can an oil actually relieve my chronic pain?” How does Hemp oil work exactly?

Well, scientists are still trying to figure out exactly how Hemp oil works to alleviate pain. However, evidence shows that Hemp affects the body’s endocannabinoid system.

The endocannabinoid system is involved in a number of physiological systems as well as maintaining homeostasis. This means that it helps keep your body in optimum working order.

What is homeostasis? This is the equilibrium of functions between separate elements, mostly bodily functions.

As well as contributing to things like brain function and mood, the endocannabinoid system also plays a role in how you experience pain.

This indirect action can enhance other chemicals in the brain such as serotonin and anandamide, which in turn can reduce your pain levels.

What is anandamide? This is a lipid neurotransmitter that binds to cannabinoid receptors to mimic its psychoactive effects.

Introducing Hemp may help act as a potential treatment to decrease pain sensation and reduce inflammation by stimulating the endocannabinoid system.

Patients dealing with long-term pain now have a more natural option when it comes to easing their suffering through Hemp's influence on the endocannabinoid system.

The Availability of Hemp Oil

As more and more states in the U.S. legalize the use of marijuana, Hemp has become increasingly available. Hemp oil is sold in a range of forms including capsules, creams, tinctures, and sprays. The cannabis product you need depends on the kind of pain you are experiencing.

The legality of Hemp oil can depend on the source from which the Hemp is derived. Hemp oil derived from hemp may be legal in a state where Hemp derived from marijuana is not.

Laws can vary from state to state, so it’s crucial to confirm the legal status of Hemp oil in your state before using it.

RELATED: Benefits of Hemp and a Hemp Seed Oil Dressing

How Does Hemp Oil Help Reduce Pain and Inflammation? 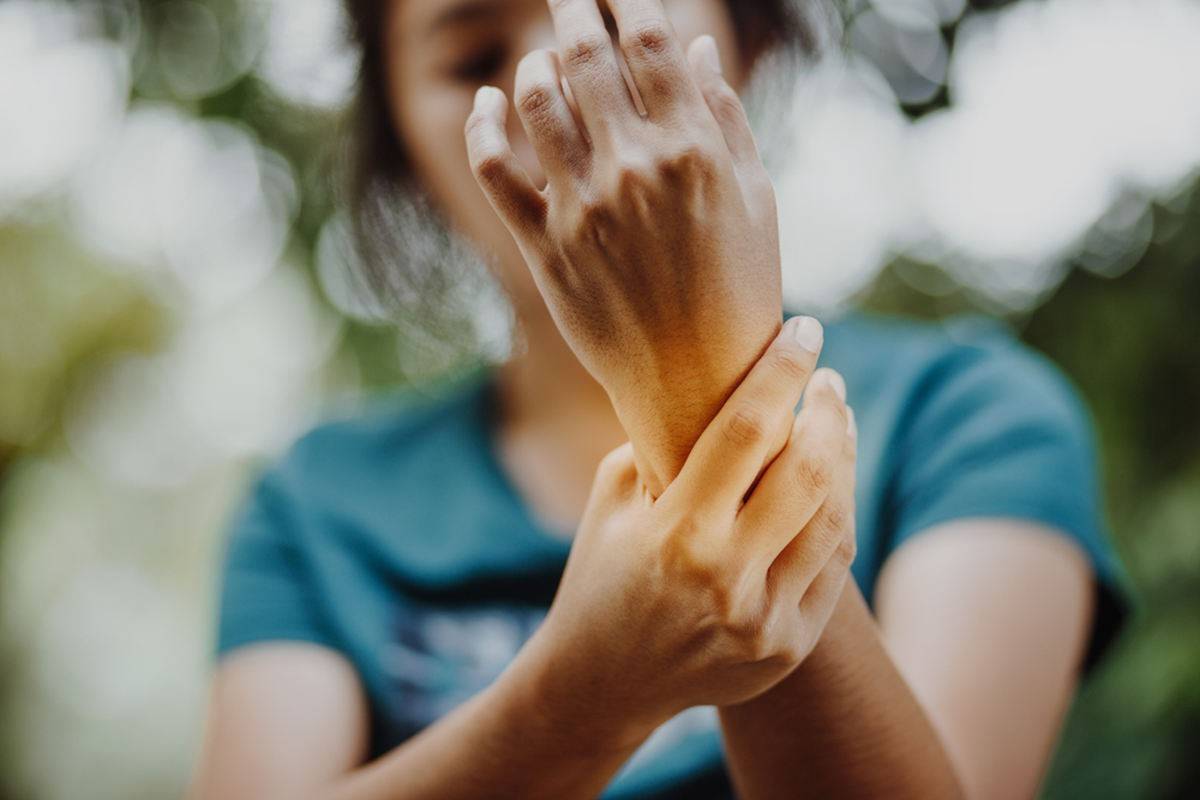 Arthritis is the leading cause of disability in the U.S. with an estimated 54 million adults living with it.

Osteoarthritis is the most common type of arthritis affecting 31 million Americans followed by rheumatoid arthritis. So if you’re one of those people affected by arthritis, Hemp oil may be beneficial for you, due to its positive effect on pain.

In a study from the journal Pain, there was an investigation on how Hemp can help prevent osteoarthritis pain and joint neuropathy.

With the evidence gathered, researchers believed Hemp could do both as it was able to decrease joint inflammation and protect the nerves.

Another study showed that Hemp had the potential to relieve the pain and inflammation associated with arthritis when applied topically without apparent side effects.

Anyone who has suffered from a migraine knows they can be absolutely debilitating. Migraines are actually the third most common disease in the world with an estimated global prevalence of 14.7%.

One study found that medical marijuana use decreased the frequency of migraine headaches in adults. This research, however, doesn’t focus on Hemp oil alone, but it does suggest Hemp oil may be useful in treating pain in a number of conditions.

Hemp oil is also considered beneficial in the treatment of anxiety. Anxiety attacks are apparent in people suffering from other mental disorders like Post-Traumatic Stress Disorder (PTSD) and Obsessive Compulsive Disorder (OCD).

Chronic daily headaches and migraines are common in people who suffer from anxiety disorders.

So, taking Hemp oil may help you to relax and even relieve the pain you experience when you get a migraine. 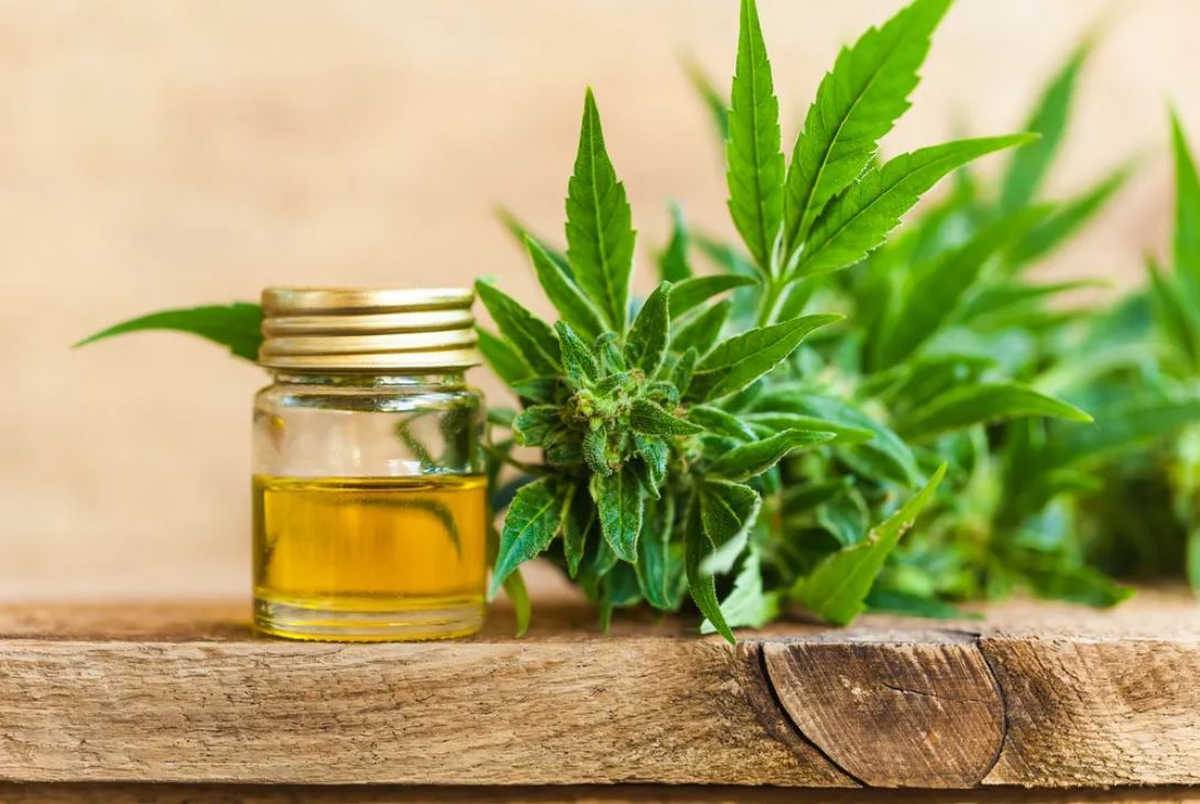 We are not claiming that Hemp oil will get rid of cancer, but it may help lessen some of the symptoms of patients with cancer.

Hemp may help people with cancer by helping to stimulate their appetite and reduce feelings of pain and nausea.

Hemp oil may be used as a natural pain reliever as an alternative of morphine for patients in the later stages of cancer.

In one study of individuals with refractory cancer pain, researchers found an improvement in pain with nabiximols. This is a combination of THC and Hemp .

The 117 patients were randomized with some given nabiximols, some given just THC, or some just placebo. There was no significant difference with the THC alone. 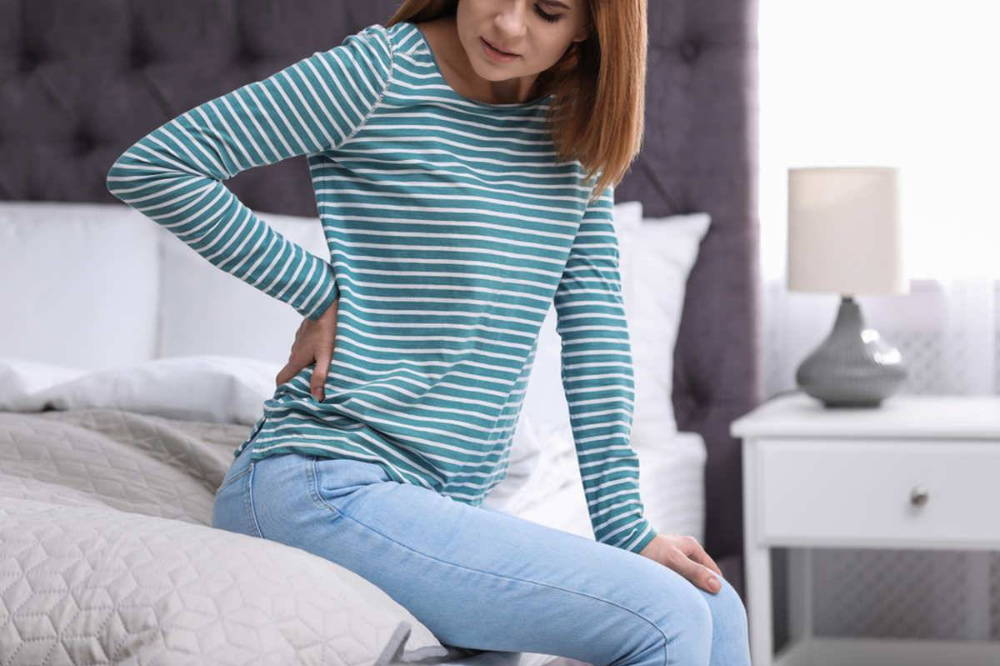 Scientists believe that Hemp affects the way the receptors in the endocannabinoid system respond to signals, leading to decreased inflammation and pain.

Although research into Hemp is relatively new, one of the most well-researched areas is in treating neurological disorders like epilepsy and multiple sclerosis.

A meta-analysis focused on the use of cannabis-based treatments for neuropathic and multiple sclerosis-related pain. Researchers found that cannabidiol and THC buccal spray are effective in treating neuropathic pain in MS.

Living a relatively normal life can be possible for patients suffering from neuropathic pain with cannabidiol sprays.

Hemp oil isn’t the only oil that comes with lots of health benefits. Watch Dr. Weston discuss the many health benefits of other essential oils in this video by Sunwarrior:

Hemp oil looks to be a promising treatment not just for chronic pain conditions, but also for a number of health concerns from arthritis to depression. With its lack of intoxicating effects and possible lower potential for side effects, Hemp could be very beneficial for a number of people.

The legalization of cannabis products also helped with the better and safer distribution of Hemp oil for pain management purposes. More and more people finally get a chance at a pain-free life.

Are you looking at Hemp oil for pain relief? Let us know what you think about this natural alternative for pain medication in the comments section below!

Editor’s Note: This post was originally published on April 24, 2019, and has been updated for quality and relevancy.