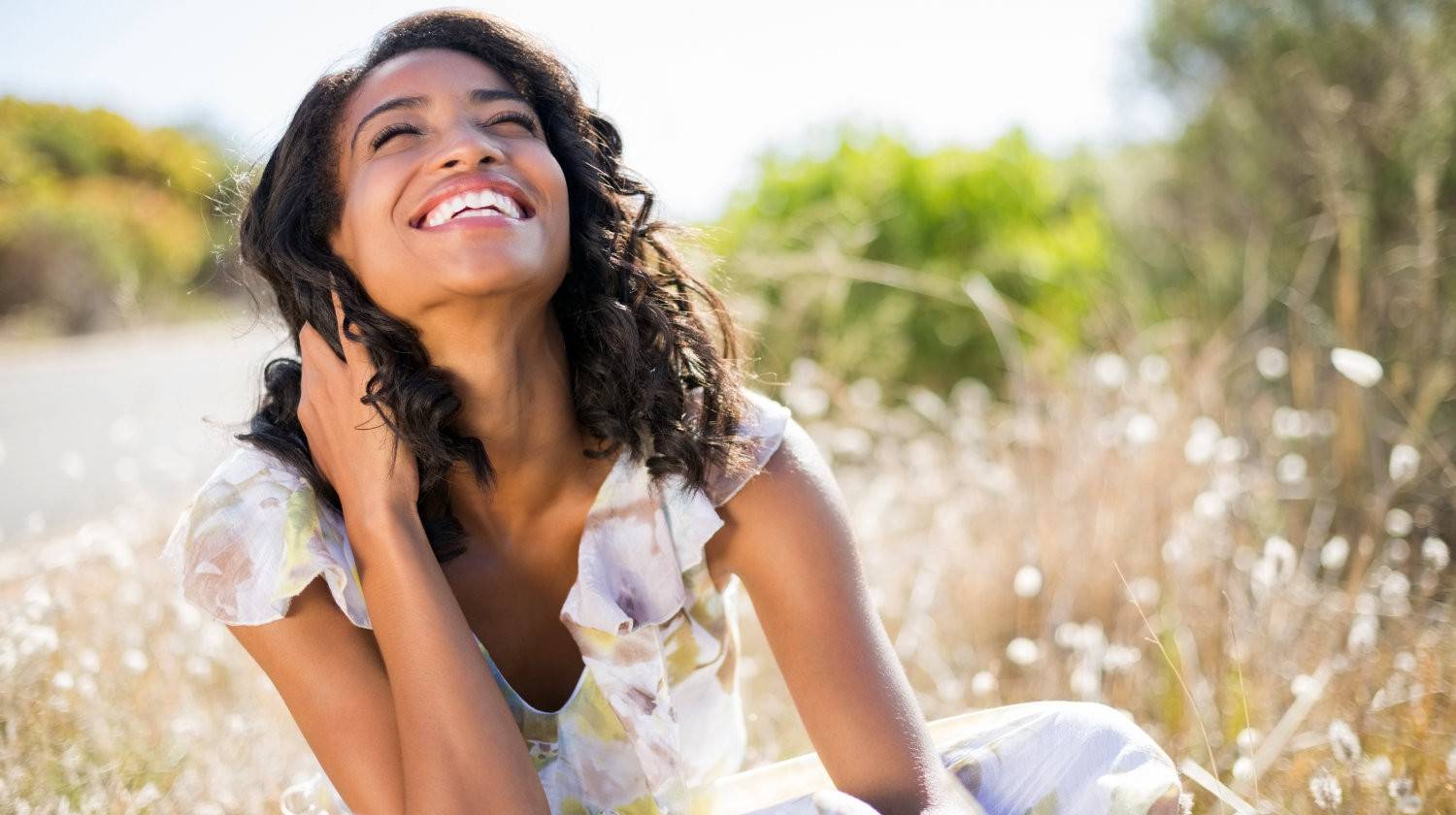 Understand the connection between protein peptides and epigenetics and how far science has come in its research.

RELATED: The Power Of The Mind ⁠— How Our Mindset Programs Our Cells

What Are Protein Peptides, and How Do They Contribute to Epigenetic Treatment?

An Overview of the Impact of Protein Peptide Therapy

What are protein peptides and have you ever heard of epigenetics? Epigenetics is an emerging field of research that focuses on gene expression, but what does that mean?

Epigenetics essentially gives a deeper understanding of physical and mental health. Sometimes, epigenetics can be the real reason why people have ongoing struggles and difficulties.

It plays a huge role in human health and shows you just how powerful the mind is. We will dive more into this later.

What’s great is protein peptides influence your health as well. Protein peptides can have powerful epigenetics effects and may even be a potential supplement for diseases like cancer and Alzheimer’s disease. 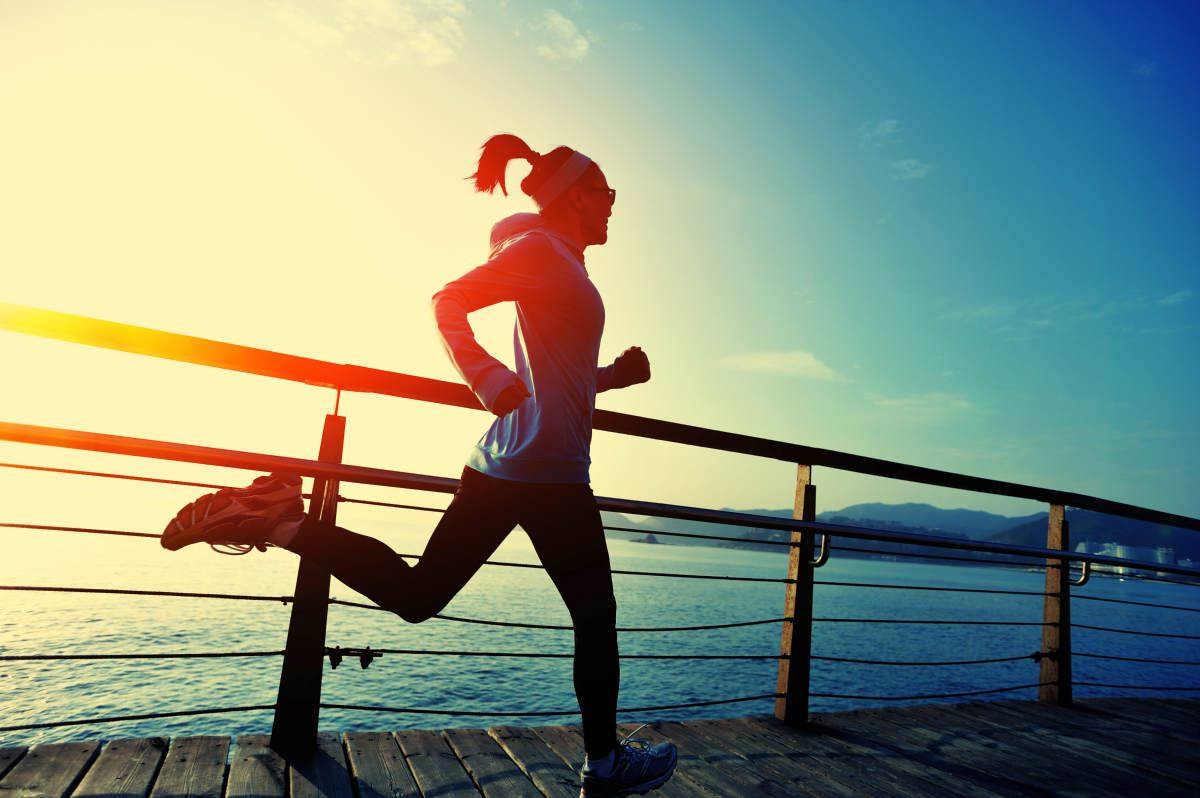 Epigenetics looks at how your environment and experiences shape you. This includes your thoughts, self-perception, and emotions.

The mindset is so strong, and epigenetics proves this. The basis of epigenetics is you are an extension of your environment.

As you learn, live, think, and feel, your body stores all these on a cellular level. It can influence neural pathways in your brain.

That means if you’ve stored the wrong information, then the outcome will be wrong. A negative mindset storing incorrect information can have a huge impact on your health and may lead to conditions like social anxiety, depression, or a sense of hopelessness.

The good thing is you have the power within you to change your memorized self. You don’t have to keep unhealthy information stored in your cells and continue behaving the way you have for most of your life.

So how do you change? Most people want to change when they don’t like a certain aspect of their life.

Change, though, is really difficult. Even though you have a strong desire to change, your memorized self stored in your cells and neural pathways can still prevent you from implementing real change.

That’s why habits are so difficult to change. The best way to change your life is to use epigenetics to your favor.

Be fearless, and go out on a limb. You’ll probably enjoy it eventually.

Epigenetics is everywhere. It’s what you eat, interact with, and how you exercise.

All these things and more eventually cause chemical modifications around your genes. They can then switch genes on and off.

This is how epigenetics can have influence over your health. 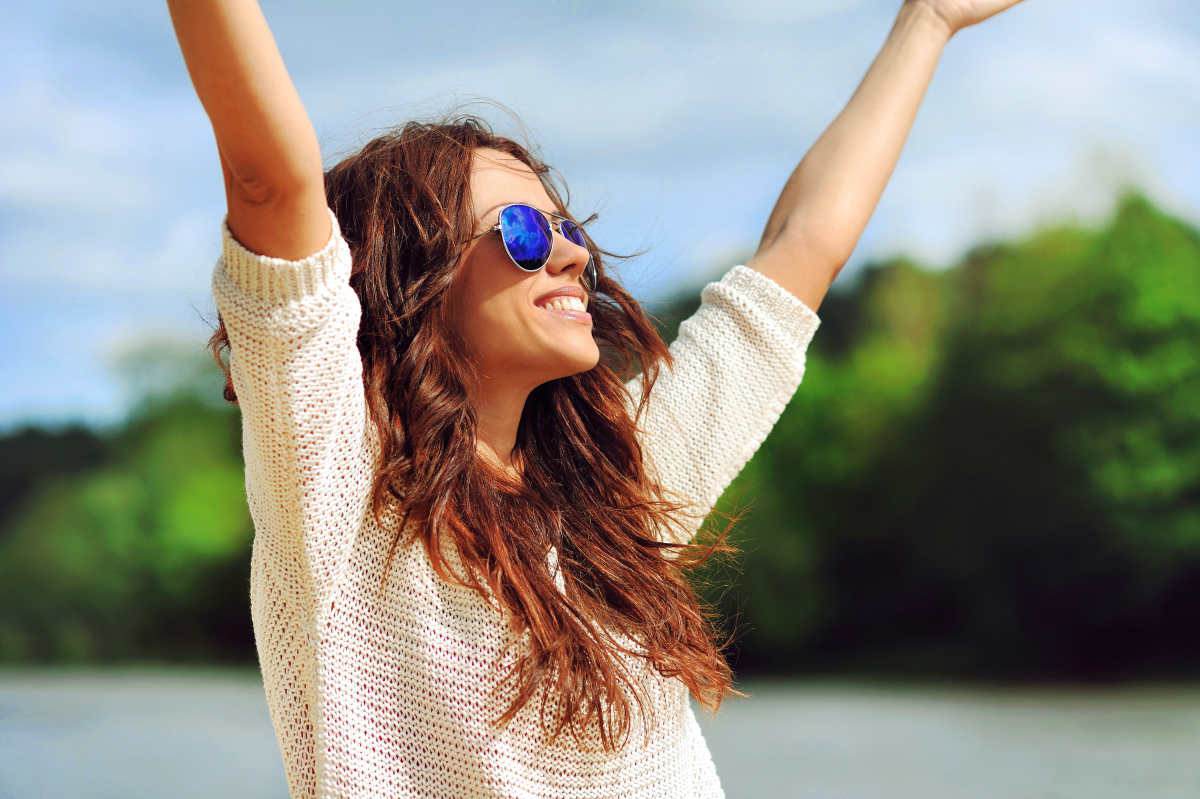 In certain diseases like cancer and Alzheimer’s, genes switch into the opposite state, away from being healthy. This means epigenetics research is a key target for understanding these kinds of diseases and potentially finding treatments.

It’s important to note that Sunwarrior isn’t claiming that changing your mindset will cure cancer, but there is research showing how your mindset affects your health.

The rapidly evolving field of epigenetics focuses on how heritable changes in gene expression take place. Dysregulated epigenetics may contribute to a wide range of diseases and health conditions.

According to researchers, epigenetic control can already be dysfunctional in the embryo caused by oxidative stress in sperm cells. It can result in congenital diseases.

How can we change the way our genes express themselves? Protein peptides aren’t a cure by any means, but they can help your body and mental health.

How Do Protein Peptides Influence Epigenetics? 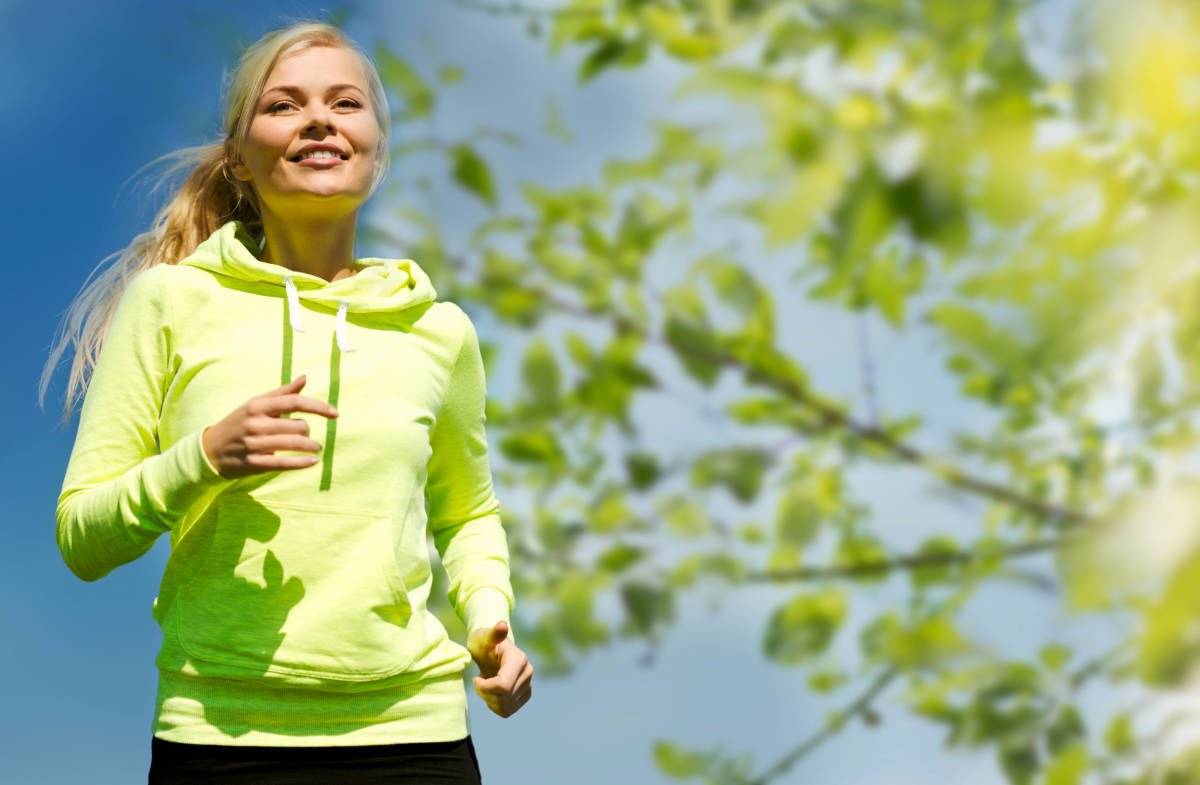 These compounds, perform a multitude of functions in the body. These amino acid chains can alter epigenetic mechanisms in the body.

Research suggests that protein peptides have high treatment potential due to their bioavailability. When it comes to protein peptide vs. protein, a protein peptide is already broken down into smaller amino acid chains. More so than proteins.

For the body to absorb proteins, it depends on enzymes called proteases. Their job is to convert these proteins into peptides.

This means one of the benefits of protein peptides is easy body absorption and digestion of proteins. One peptide, in particular, is Tetrapeptide Ala-Asp-Glu-Leu.

It was especially effective in models with lung inflammation and fibrosis. It may also work on people suffering from toxic lung damage.

RELATED: Beyond Positive Thinking: The Science Of Thought

There are different types of peptides. These include:

The body produces endogenous peptides. These include natural collagen.

Collagen peptides are a group that serves as some of the building blocks for joints, skin, hair, and nails. One of the benefits of collagen is to maintain skin elasticity and, therefore, reduce the signs of aging.

Collagen production can decrease over time. This also explains why people start using collagen supplements when the skin begins to sag.

Meanwhile, research shows that food-derived peptides from wheat have antioxidant effects that are important during postnatal development on epigenetic mechanisms.

The effects of food-derived peptides on epigenetics are still a massive point of discussion. Experts are still discovering whether they should label this type of product as functional or medicinal.

The Relationship Between Protein Peptides and Epigenetics

Depending on the peptide, the effects on an epigenetic level can either be indirect or direct. Short peptides can interact with the DNA and affect gene expression, switching them on and off.

Research from Hokkaido University suggests a new idea on the protein’s role in regulating tight DNA packing, which could have major implications for fighting tumor cells resistance and anti-cancer treatments.

Studies in the field of epigenetics and the effect of protein peptides on gene expression and health are still fairly recent.

Another way peptides can impact epigenetics and your health is by affecting aging. Cryptic peptides are a type of peptide that aids in the epigenetic regulation of aging.

This means they can have beneficial and health-promoting effects. Some describe epigenetics as the link between nature and nurture.

These epigenetic changes happen because of a response to environmental signals. These signals include stress, hormones, and cellular damage from smoking or sun exposure.

Environmental stressors like childhood mistreatment may be a contributor to the development of depression. Evidence suggests that these kinds of stressors cause epigenetic changes that affect your DNA structure, gene expression, and eventually, behavior.

Epigenetics research focuses a lot on histones, which are highly alkaline proteins as well as other proteins that control gene expression. All these epigenetic processes can have massive implications on human health.

The pattern of histones works with other proteins and parts of the body in controlling the regulation of gene expression.

The Future of Therapeutic Peptides and Epigenetics 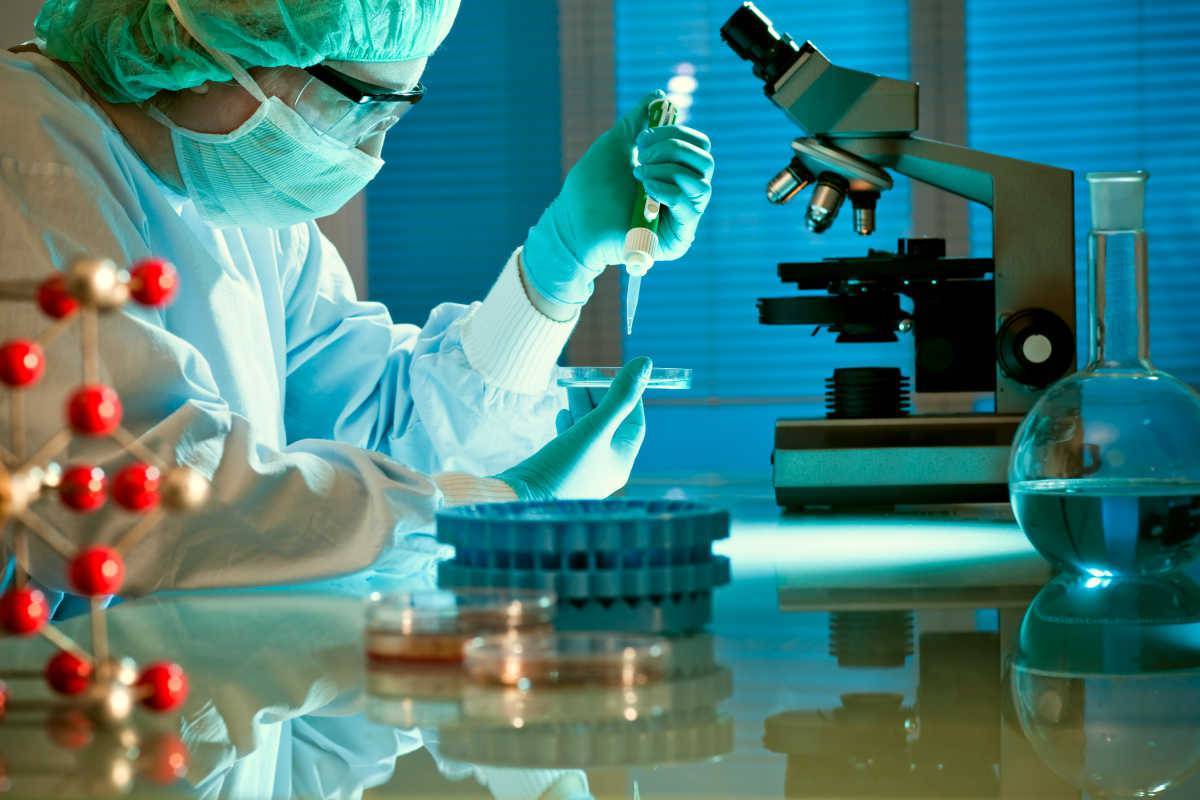 As the body of epigenetics research and understanding grows bigger, its involvement with diseases is coming to the surface.

Since the strong link between epigenetics mechanisms and disease has grown, epigenetic drugs have been a topic of conversation in the scientific world.

With protein peptides, the molecules are already smaller and more bioavailable.

To this day, the Food and Drug Administration (FDA) has approved only a handful of drugs with a proven epigenetics mechanism. Two are peptides. Protein peptides have a huge therapeutic potential, yet our understanding and knowledge of them is small.

While there are currently approved peptide drugs out there, none of them are under investigation for their potential effects on epigenetics, slowing down the progress.

Repurposing existing drugs is a way in which one can apply approved drugs to new conditions. For example, lisinopril, a synthetic peptide approved for the treatment of hypertension, has potent antiviral activity for influenza A.

The main reason behind this method is usually to lower costs and decrease time spent.

However, none of these drugs are being repositioned due to the discovery of epigenetics effects. It’s possible that some of the approved peptide drugs may have epigenetic effects and be useful in treating cancer or Alzheimer’s disease.

Although epigenetic research has gained huge interest from the scientific community and the pharmaceutical industry, many elements still remain heavily underexplored.

Learn how to boost HGH naturally with Jason Wrobel in this video from Sunwarrior:

Experts are carrying out more research to look into the link between epigenetics and disease and to create small molecule epigenetic drugs.

There's still a lot to discover about the huge therapeutic potential of protein peptides. Moving focus to highly potent protein peptides could fast forward potential treatment for diseases with a strong epigenetic base like cancer and Alzheimer's disease.

What do you think about the connection between protein peptide and epigenetics? We’d love to hear from you in the comments section below!