FullyRaw Kristina: I am a Sunwarrior! Skip to content
Buy any Supergreens tub and get a FREE tote bag 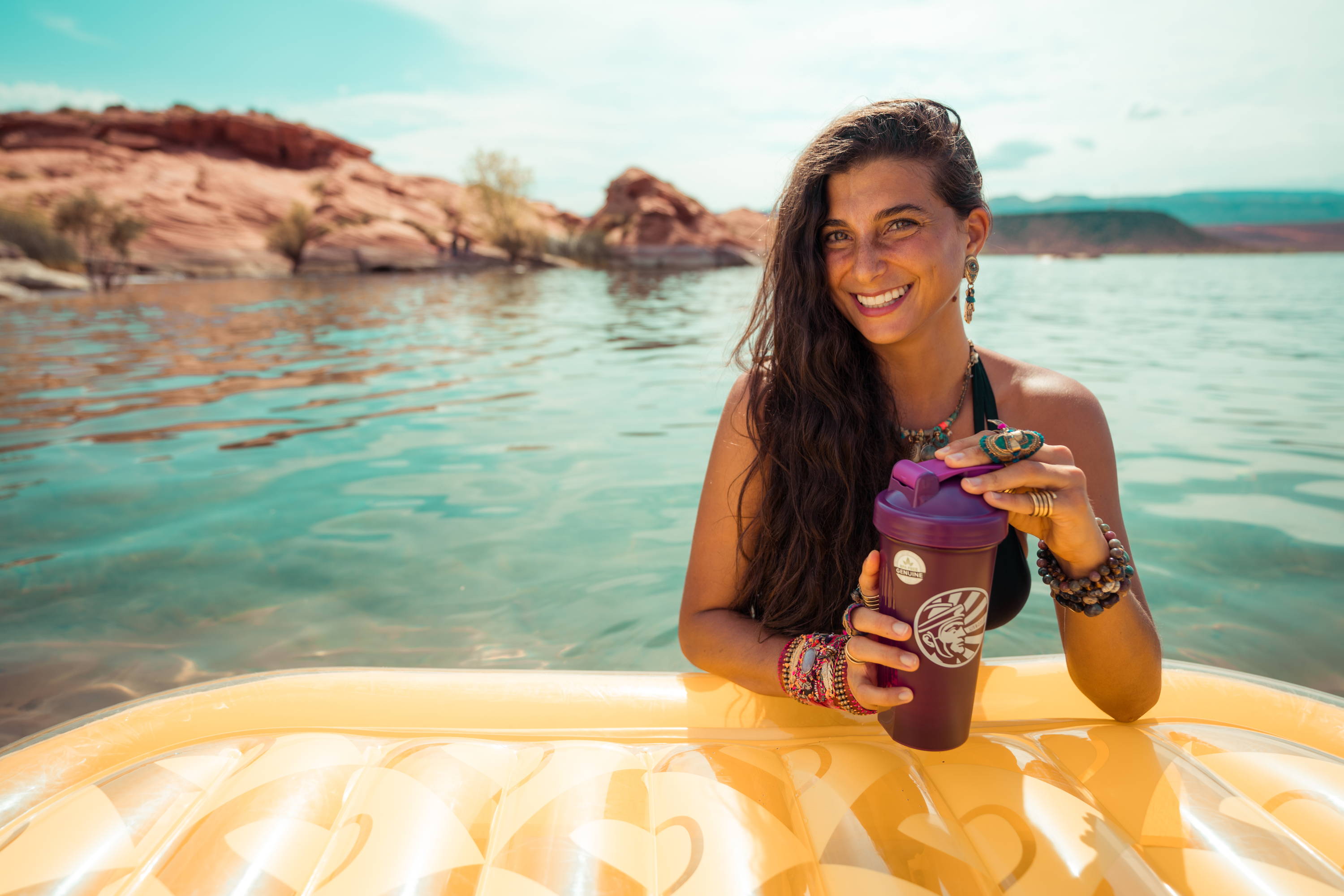 She was 87 lbs. with type 2 diabetes. A chance meeting changed everything: FullyRaw Kristina—I am a Sunwarrior

If you're an avid health-video watcher (hand raised over here...guilty as charged), you may have heard of Kristina Carrillo-Bucaram. Today she's known as FullyRaw Kristina. Thirteen years ago, Kristina, who would later be named the most popular raw vegan influencer of her time, was underweight, unhealthy, and desperately seeking answers.

In a very special interview, we spoke with the woman behind the famous name. We found her triumph over the odds incredibly empowering, and we know you will, too. Here's what Kristina had to say.

When she was growing up, Kristina Carrillo-Bucaram's “huge Ecuadorian family” loved to eat.

“I didn't really feel unhealthy as a child, but I did have a lot of little illnesses,” Kristina says now. “I didn't connect things to my diet until much later. I thought every kid was like me.”

With a happy childhood and a focus on the three Fs: fun, food, and family, Kristina never imagined that a health crisis was around the corner.

When the news did come, it was a shock: at just 16 years old, Kristina was diagnosed with Type 2 diabetes.

Kristina had been experiencing symptoms for some time, but they'd quickly grown dramatically worse. “I didn't really know what was wrong at first,” she says. “I had a lot of dizzy spells, and I felt ‘off.’ I now know that was due to high and low blood sugar episodes.” She also experienced horrific migraine episodes that often left her lying in a darkened room for full days at a time.

In addition, unlike some Type 2 diabetics, Kristina lost weight—a lot of it. She had never deliberately restricted food, but now, she couldn't seem to keep her meals down. “I got down to a very scary 87 pounds,” she says. At 5'8”, this unhealthy weight frightened her parents. “That's when I was finally diagnosed,” she reveals. 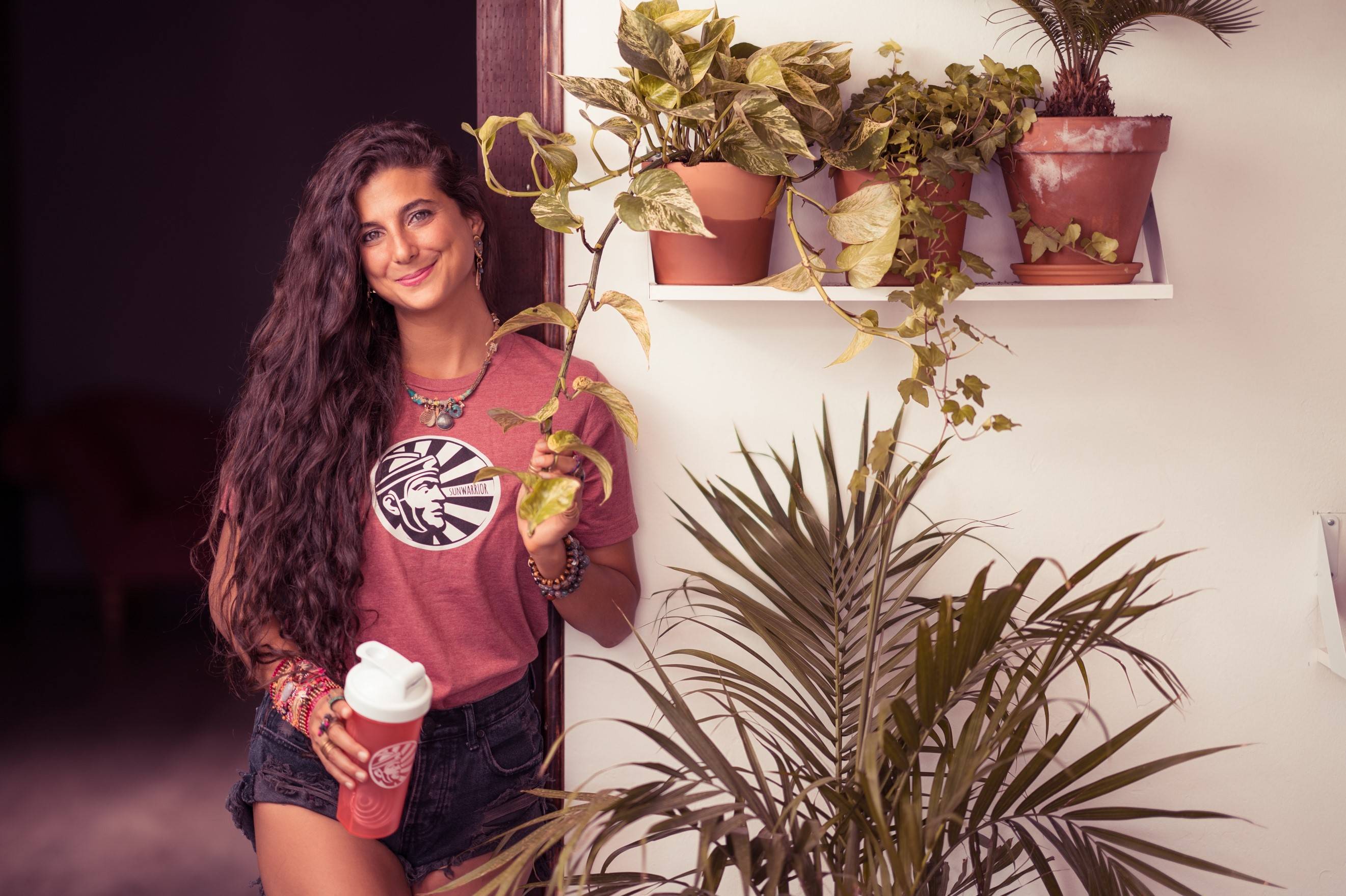 The diagnosis was devastating. But as is characteristic of her, Kristina took matters into her own hands. “There were other people in my family who had diabetes,” she says. “I wondered if that was related to their eating habits.” She asked the doctor what to eat. “I wanted to get healthy again.”

The doctor gave her the conventional wisdom at the time. “He told me Type 2 diabetes is hereditary and advised me to eat loads of fat-free foods, even if they were processed. There was really no emphasis on whole, natural foods,” Kristina notes.

Despite the doctor's advice, Kristina wasn't feeling much better, and her blood sugar readings were still in the danger zone.

Then one day, a chance meeting changed her life. Shopping at a local grocery store, Kristina was approached by a stranger who introduced himself as John Rose. “I was reaching for a bag of sugar-free granola because that's what the doctor had told me to eat: sugar-free this, sugar-free that. I turned, and there was John. He asked me if I was a raw vegan. I said, 'Absolutely not,.'” She laughs now, recalling their meeting. “He told me later he was never really sure why he approached me, but I firmly believe things happen when they're meant to.”

The two spoke briefly and exchanged contact information. (The two are close friends to this day.) But soon afterward, Kristina was in the hospital yet again.

“I called John,” she says. “I told him, 'I want to learn about what you were telling me. What should I do?'”

Rose advised Kristina to “eat peaches,” she laughs. “And I did, for two weeks straight.” (NOTE: ask your doctor's advice before changing your diet.)

There was much more to raw veganism than peaches, as Kristina was to come to find out. As she explored new foods and created her very own raw vegan recipes, she realized she was getting better. Less than two years after having received her diabetes diagnosis, “My doctor said I was no longer diabetic,” she says. 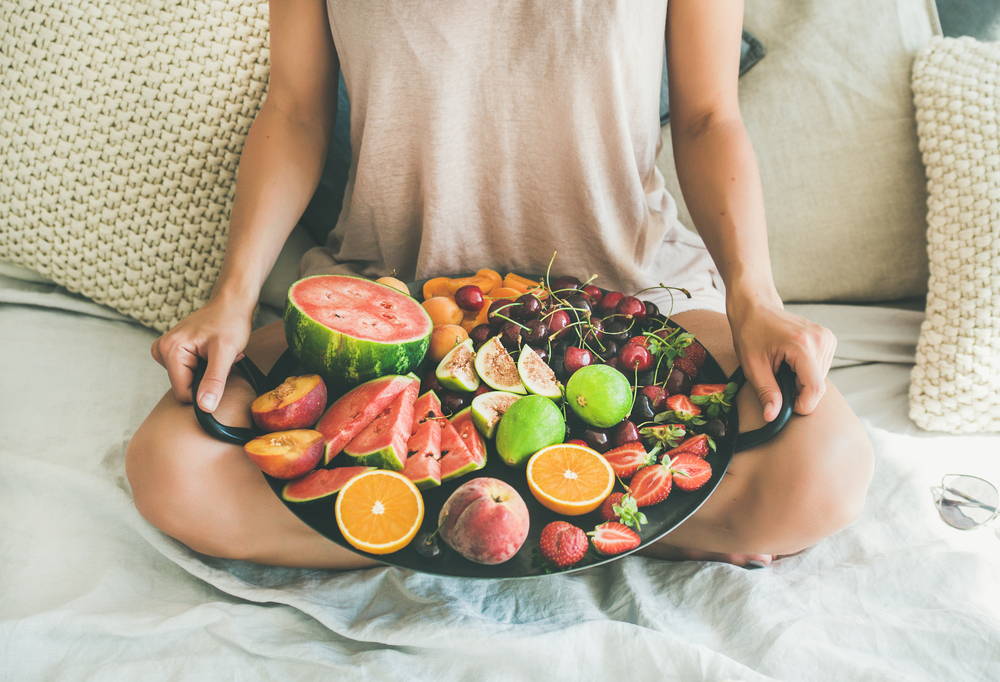 Even more striking was how she felt emotionally. “When you begin to treat your body the right way, all kinds of things come out,” she says. “It's a spiritual journey, not just a physical one. I had to learn to address my feelings one at a time.” (Today she addresses this part of the journey in the retreats she holds for clients.)

Encouraged, Kristina made it her mission to teach others about health and eating. She started an organic foods market, Rawfully Organic, and opened up a Youtube channel to teach people who shopped there about raw veganism.

“It just exploded,” she says. “In fact, I've seen growth in raw veganism in general during the past three or four years. There's a sincere interest out there. I'm here to help people in their journey to great health.”

Kristina wrote a book, The Fully Raw Diet, and has released an app: both feature enticing, easy-to-follow recipes. She also hosts retreats in such life-changing locales as Bali. She is also an affiliate for Sunwarrior, whose food products she attributes, in part, to her positive health journey.

“If I had one piece of advice, it would be to add just one raw vegan meal to your eating plan each day,” she says now. “Start small. Find out how incorporating more natural fruit and vegetable sugars can give you more energy than you ever knew. Then work from there.”

She says many of her clients start with fruit for breakfast and a salad for dinner. “They feel so great and learn so many delicious recipes that they just want to keep going,” she says. “Once you get started on the road to good health, you start to realize that anything is possible. You can do anything you want with your life. Always remember that.”

At the end of the day, there is a lot that goes into a holistic lifestyle. When you start your journey to healthier living, there seems to be so much information to weed through. It can be confusing and difficult to determine what you should focus on first.

That’s why we’ve developed a short 15 Point Guide to Essential Health. Take charge of your health, and with a little help, you’ll be living a more fulfilling life in no time. How to Sleep Better...
Trending Products