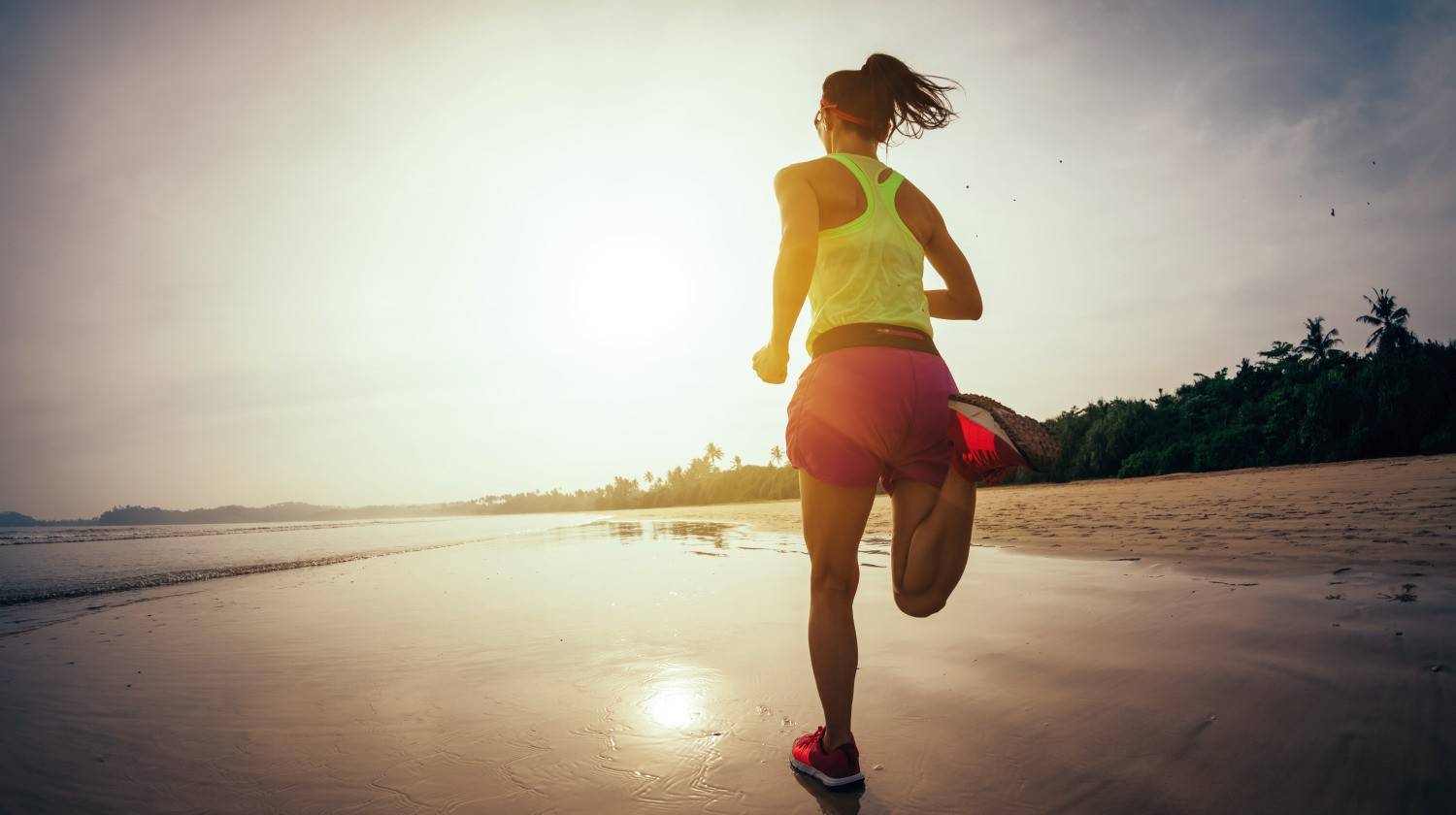 Here are six exercises that increase neurogenesis, or give birth to new neurons. Keep reading to learn the benefits of growing new brain cells, such as the reduced risk of cognitive decline and Alzheimer’s disease.

Understanding the Need for Neurogenesis Exercise

When you want to prevent dementia or improve cognition, then you need to try these exercises that increase neurogenesis.

Exercise has the power to boost your mood and help you lose weight. It can also keep your heart healthy and reduce the risk of developing heart disease and cancer.

It’s no secret that regular exercise is a vital ingredient to a healthy lifestyle and overall well-being. In addition to building fitness, regular endurance exercises like running, swimming, or biking can preserve existing brain cells.

They can also encourage new brain cell growth. Not only is exercise good for your body, it can also help improve memory, increase focus, and sharpen your mind.

The birth of these new neurons and brain cells is called neurogenesis. Put simply, exercise is essential for increasing neurogenesis and keeping your brain alert.

Here are six exercises that support and increase the rate of neurogenesis:

What Exactly Is Neurogenesis?

Neurogenesis is the process in which the brain creates new neurons.

The birth of new brain cells starts when an embryo is developing. It then carries on into adulthood.

It was initially thought that you couldn’t create new neurons in the brain after the first few years of life. However, adult neurogenesis showed to happen across several scientific studies.

The Role of the Hippocampus in Preventing Cognitive Impairment

The hippocampus is one of the regions in the brain most studied in relation to neurogenesis. Neurogenesis takes place in two regions of the brain:

The main functions of the hippocampus have to do with memory, learning, emotions, and spatial orientation.

Scientists linked neurogenesis with increased cognitive function and better memory. They also associated failing or altered neurogenesis to a number of neuropsychiatric diseases.

These can include Alzheimer’s disease and dementia, which are common neurodegenerative diseases. Others are anxiety and depression.

Now Is the Best Time to Do Exercises That Increase Neurogenesis

Engaging both your body and mind allows you to keep producing new brain cells throughout your life. You can increase neurogenesis through individual lifestyle choices like exercising, eating certain foods, and more.

Neuroscientists believed intermittent fasting could be beneficial in enhancing human brain health. In fact, history showed that humans who fasted succeeded in acquiring food or surviving.

Intermittent fasting may compel the body to use fat stores in the liver, inducing the production of ketones. Studies showed this metabolic switch, which also coincided with a better brain function and offered protection from oxidative stress.

Contrary to what a lot of people think, you should be thinking of your brain health now and not just when you’re in your senior years.

A healthy brain is important even if you’re in your twenties. Imagine how much more you can do in a day if you had more brainpower.

That’s what increasing neurogenesis is all about.

Learning new skills and challenging yourself is thought to increase the rate of neurogenesis. It’s never too late to learn something new.

It’s important to keep in mind that other habits can harm your brain. Drinking alcohol, smoking, bad sleep habits, and an unhealthy diet can also contribute negatively to neurogenesis and harm neurons. 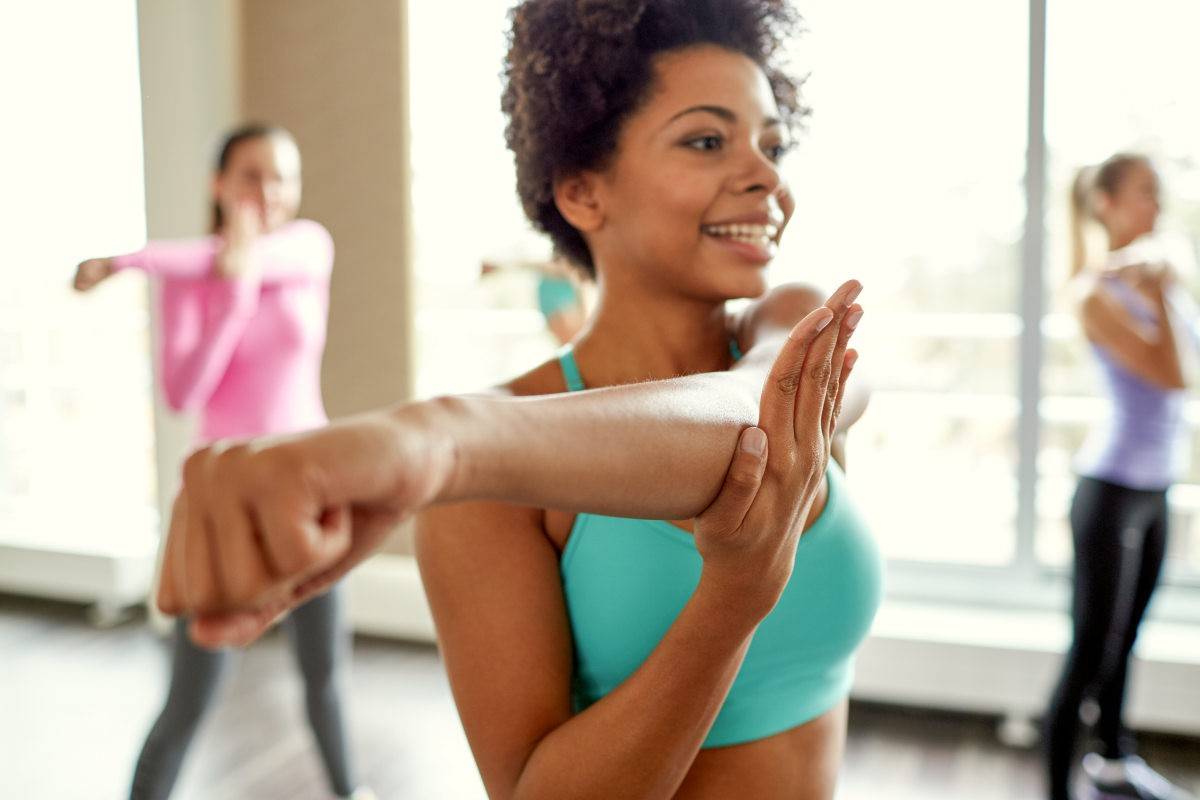 Physical exercise is great for relieving stress and getting in shape, but it also favors neurogenesis. Exercise can boost neurogenesis in the adult hippocampus.

It can potentially offer a therapeutic delay and repair of brain trauma caused by disease or injury.

Stress is a major hindrance to neurogenesis. When you’re feeling stressed, the hypothalamus releases hormones that activate the pituitary gland and produce cortisol.

If you can’t control the flow of cortisol in the body, it can affect the neurons in your hippocampus, stopping the process of neurogenesis.

Stress, especially depression and post-traumatic brain injury, can shrink the size of the hippocampus.

If you want to keep a healthy mind that continues to produce new brain cells, then you must stay active and engage both your brain and body.

RELATED: What Is More Beneficial Than Intermittent Fasting?

What kinds of exercises increase neurogenesis? There are many, and you may already be doing some of them.

What you may not be aware of is that they’re improving your brain structure and cognitive function.

Aerobic exercise, like running, has positive effects on brain function and structure. In particular, it increases hippocampal neurogenesis.

A small study in 2016 associated running with the creation of new neurons in the hippocampus.

This type of exercise has positive effects on the synapses between neurons in the brain. It increased the overall communication between the cells in this area of the brain.

Another study found that after 28 healthy students engaged in a running program, they reported significant increases in spatial memory performance and feelings of positivity compared to the control group.

If you’re new to running, start off by running for 15 minutes. Then, gradually increase your duration to 60 minutes over several weeks.

The first step is to get moving, even if you have to run for a bit and then stop and run again. Consistency is key to enjoy the long-term effects of neurogenesis.

Swimming also boosts the blood flow to the brain. It can help to improve mood and concentration and increase overall cognitive function.

One study found that blood flow to cerebral arteries increased by 9% to 14%. It’s also common knowledge that the water makes swimming an excellent form of resistance training.

For neurogenesis to be effective, however, you should prolong or sustain the swimming session.

Hop in a pool or swim for open water to start feeling the benefits, both physically and mentally. It can take a while for your body to adapt to swimming as you’re not used to being in the water.

Don’t sweat it. As you swim regularly, you’ll start to see progress. You can also increase your stamina with plant-based protein such as Sunwarrior Warrior Blend. 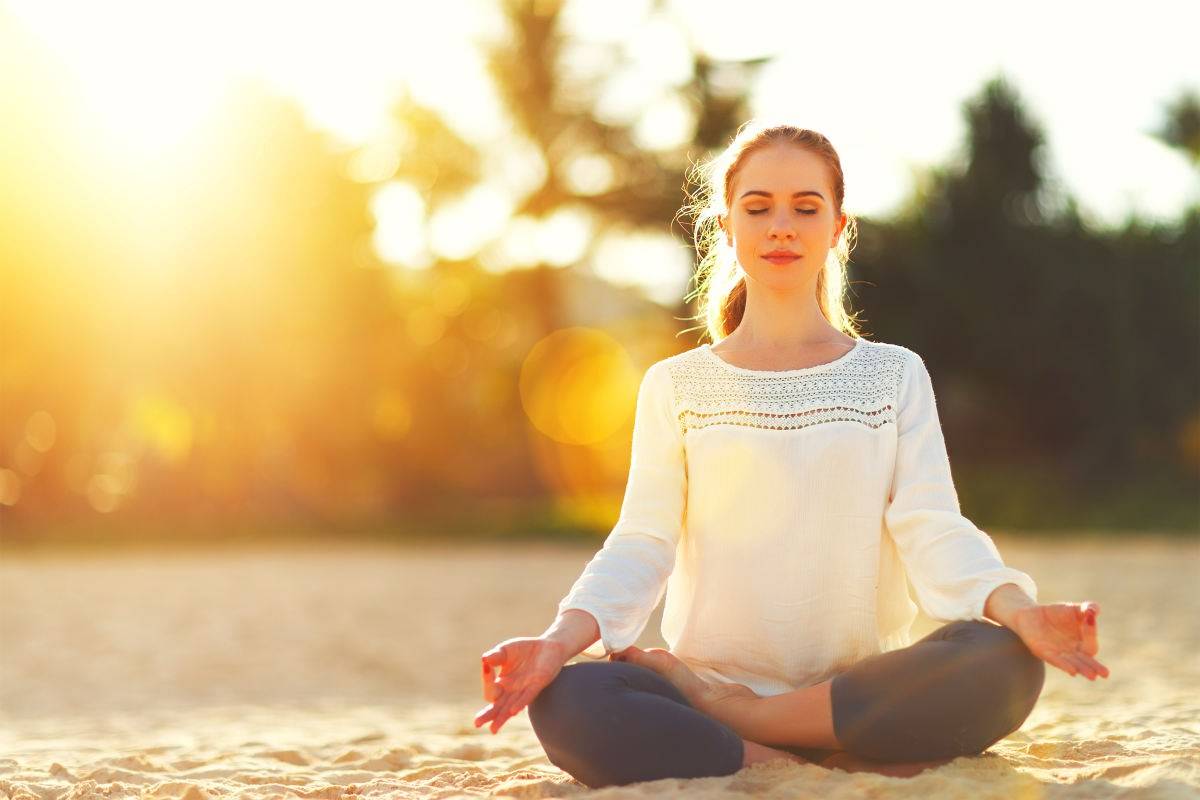 One of the exercises that increase neurogenesis is a combination of yoga and meditation. If you follow a regular yoga practice or take 10 minutes out of your day to quietly meditate, you know the benefits and feelings of clarity that can come from it.

In an interesting study on humans that followed a three-month yoga retreat, participants showed increases in brain-derived neurotrophic factor (BDNF).

The body produces BDNF through a gene that stimulates a protein expression. The factor then becomes essential in the regulation of brain cells, including their growth, maintenance, and maturation.

This means after their retreat, the participants grew new neurons. They also felt less stressed with improved health.

Despite aerobic exercise being a big player in neurogenesis, meditation and yoga, a BDNF exercise, can help reduce stress levels and promote neurogenesis as well.

Research showed you could change and grow new brain cells at any age. Meditation can help you build and maintain a bigger brain.

Yoga and meditation are excellent mind-body practices. They not only help encourage neurogenesis, but also support your overall health.

You can also learn how to increase neurogenesis with outdoor training such as biking. Biking is a great form of aerobic exercise and ideal for supporting brain health.

Sustained aerobic exercise like biking has the power to increase the number of neurons in your hippocampus. Exercise triggers the growth of new cells.

Neurogenesis is an ever-expanding field of science. Although aerobic exercise seems to increase neurogenesis, the exact type of physical activity needed to get the best benefits still remains unclear.
Just getting moving is a great way to support a healthy lifestyle and encourage optimum brain function.

There are numerous health benefits to a regular biking routine. These include improved cardiovascular health, decreased stress levels and anxiety, and improved joint mobility.

Dancing is a great way to get your heart rate up. It can also be one of the aerobic exercises that increase neurogenesis.

As a neurogenesis exercise, dancing also takes a lot of coordination. You have to actively engage your brain to memorize the steps, which is excellent for neurogenesis.

Go take a dance class and learn how to dance the waltz. Take a ballet or hip-hop class or just turn on some music and have fun! 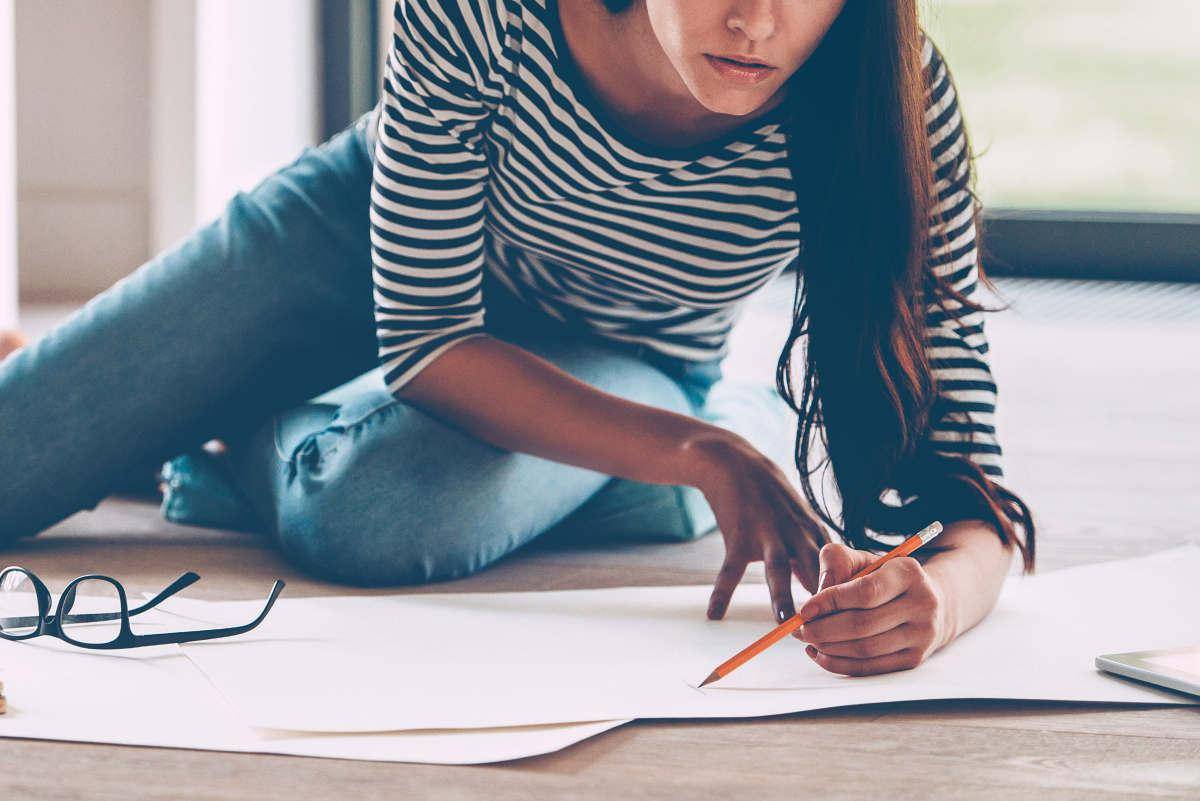 Don’t forget to give your brain a workout as well. Although you’re not physically moving, it’s just as important to keep your brain active and engaged through regular mental exercises.

The brain’s plasticity or neuroplasticity is the brain’s ability to adapt and change as you grow older. As you learn new skills, you can create and strengthen neural networks and pathways.

Great ways to do brain exercise include drawing a place completely from memory like a map of your neighborhood or town. Try learning something new that’s complex and challenging.

Another way to exercise your brain is by using your non-dominant hand. Try switching hands when you’re eating or writing to keep your brain alive.

Rebuild your memory and focus with food and exercise in this video from Sunwarrior:

Any type of exercise is beneficial in its own right. Certain types of exercises, however, can be especially useful in increasing neurogenesis and supporting overall brain function.

These exercises that increase neurogenesis can help the brain to become more resilient. It can then lead to increased mood, better cognitive performance, less dependence on antidepressants, and less anxiety and stress.

Whether it’s a morning jog or evening swim, get moving now. Your brain will thank you in the future.

Which of these exercises that increase neurogenesis do you want to pursue? Share your thoughts in the comments section below! How to Sleep Better...