Eat These Foods to Lose Belly Fat: Based On Scientific Research! Skip to content
Shop the NEW Be Well Collection - Buy 2 Save 20%, Buy 3 Save 30% 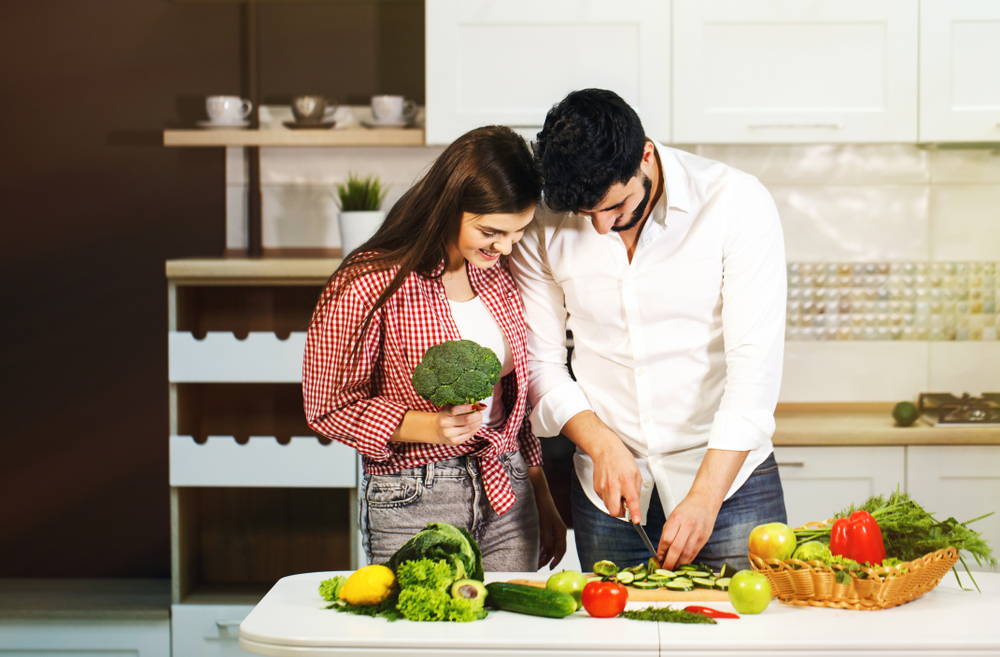 Perhaps you know the feeling of looking in the mirror and wondering if you should lose a few pounds? And whether it’s just to feel healthier or more confident, it’s a good idea to keep an eye on your middle section. Why? Because when fat is stored around the belly, it could lead to more serious health issues such as type II diabetes, heart disease, and cancer.

Which is why we’ve compiled a list of seven foods you can start incorporating into your diet to lose belly fat, feel happier, and be healthier.

Here’s 7 foods that will help you lose weight fast: 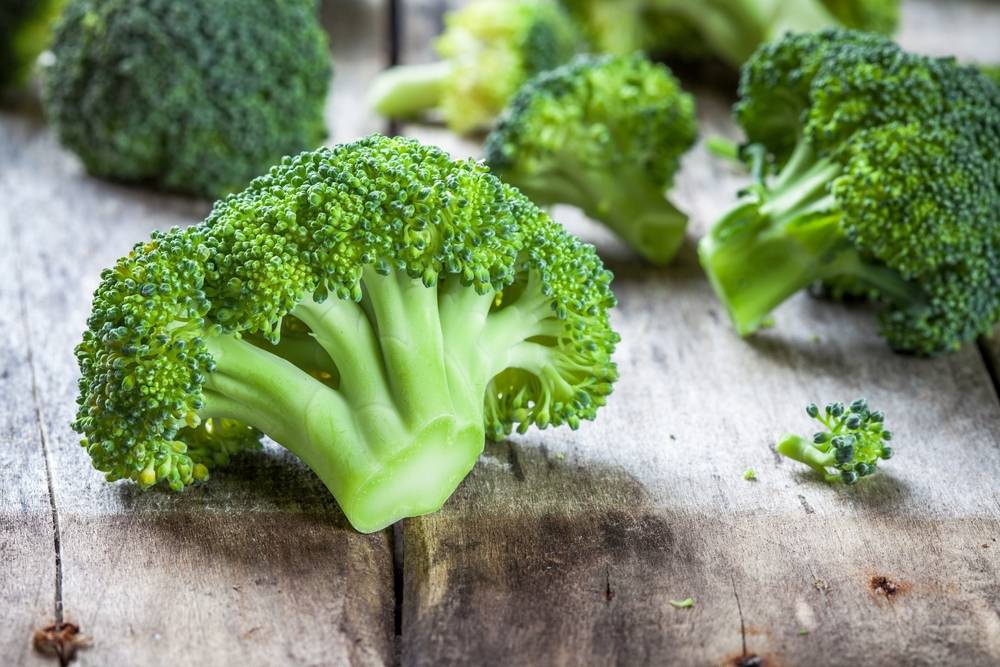 It’s a vegetable that many children hate and some adults can’t tolerate. But if you love broccoli, then it is a great addition to any meal, raw or cooked, to help you lose belly fat for two reasons: 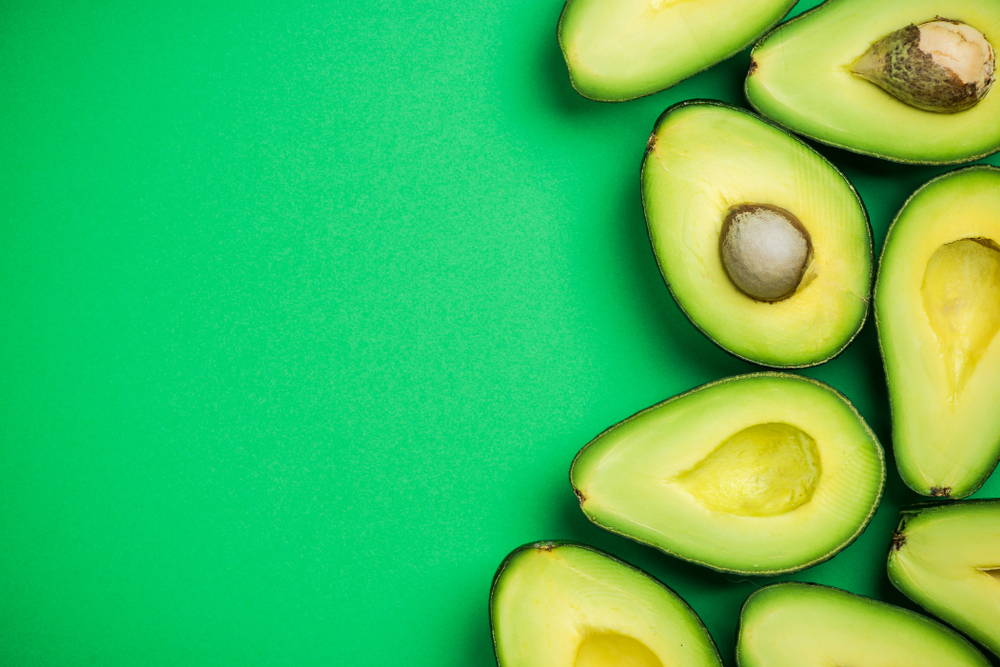 Maybe you think that avocado cannot possibly help you lose belly fat since it contains around 10 to 20 times more fat than any other fruit you’ll find at the supermarket. But the difference with avocados is that they contain something called ‘good’ fat – that is, monounsaturated fat and oleic fatty acids. They’re also loaded with fiber and contain no sodium or cholesterol. You’re able to reduce the risk of heart disease and reduce the dreaded effects of bloating.

Additionally, a study conducted at Penn State University showed that those who had around three tablespoons of high-oleic oils every day for four weeks were able to lose around 1.6% of their belly fat. 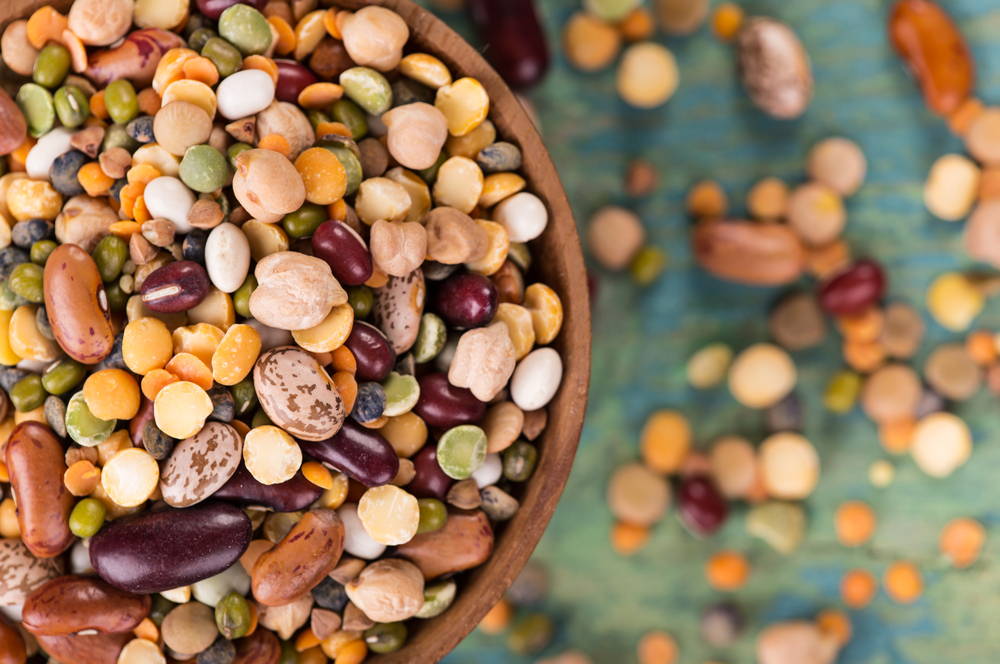 A legume is simply a fancy word for dry fruit that is encapsulated within a shell or pod. And you’ll instantly know what we’re talking about when we list a few:

This seriously underrated group of food has proven to be an excellent aid in losing belly fat. They provide a good amount of protein without added calories and fat which will keep you fuller for longer. They also promote weight loss in the abdominal region.

More specifically, we recommend beans for their deliciousness and versatility in any meal or snack, and for their ability to reduce blood sugar and blood pressure. According to Dr. Michael Roizen and Dr. Mehmet Oz, they cut the risk of heart disease by up to eight percent. 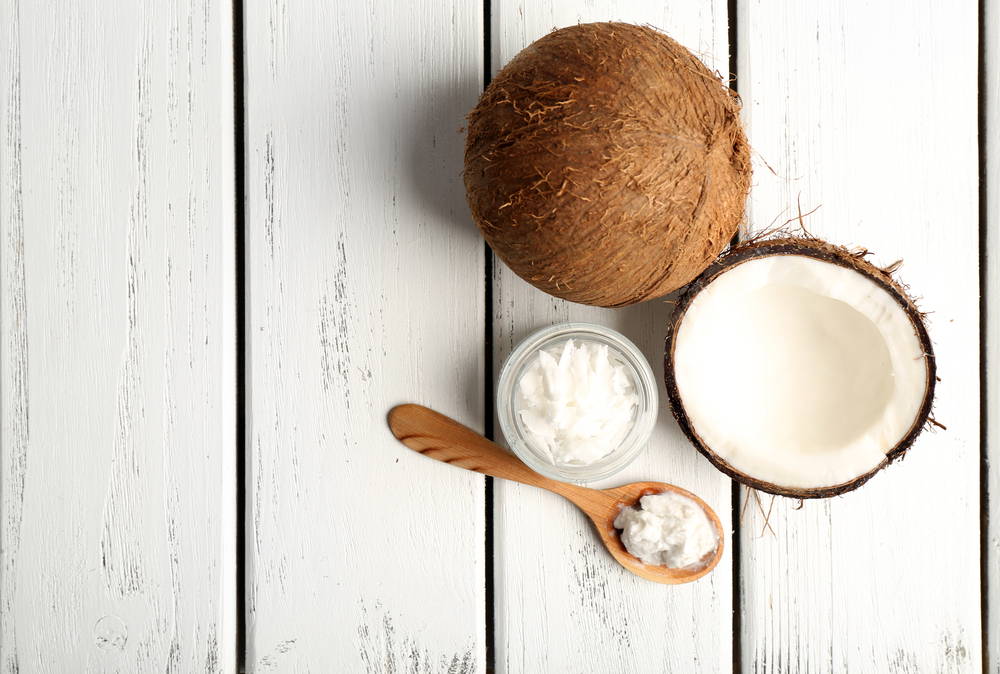 Coconut oil is probably one of the most useful things ever for its versatility and ability to reduce belly fat. You can use coconut oil as a moisturizer, make-up remover, lip balm, deodorant, laundry detergent, shoe shiner, and so much more.

And that’s just when it comes to health and household uses.

Did you know that you can use coconut oil:

And why would you want to do this? For one, coconut oil is super tasty, but also because it contains medium-chain fatty acids. These are sent to the liver and are either turned into immediate energy or into ketone bodies.

The cool thing about medium-chain fatty acids is that because they are metabolized differently to long-chain fatty acids, they are an excellent aid in weight loss. You can see this effect in a study conducted in 1983.

This study proved that rats who ate a diet containing medium-chain fatty acids as their main source of fat gained 20% less weight and 23% less body fat over a period of six weeks than those who were fed long-chain fatty acids.

Ingesting one to two tablespoons of coconut oil per day has the ability to increase the level at which fat is burned by up to 5%. This totals to around 120 calories per day. So, it appears as though the benefits of coconut oil are seemingly endless.

You should check out the 15 Health Benefits of Coconut Oil 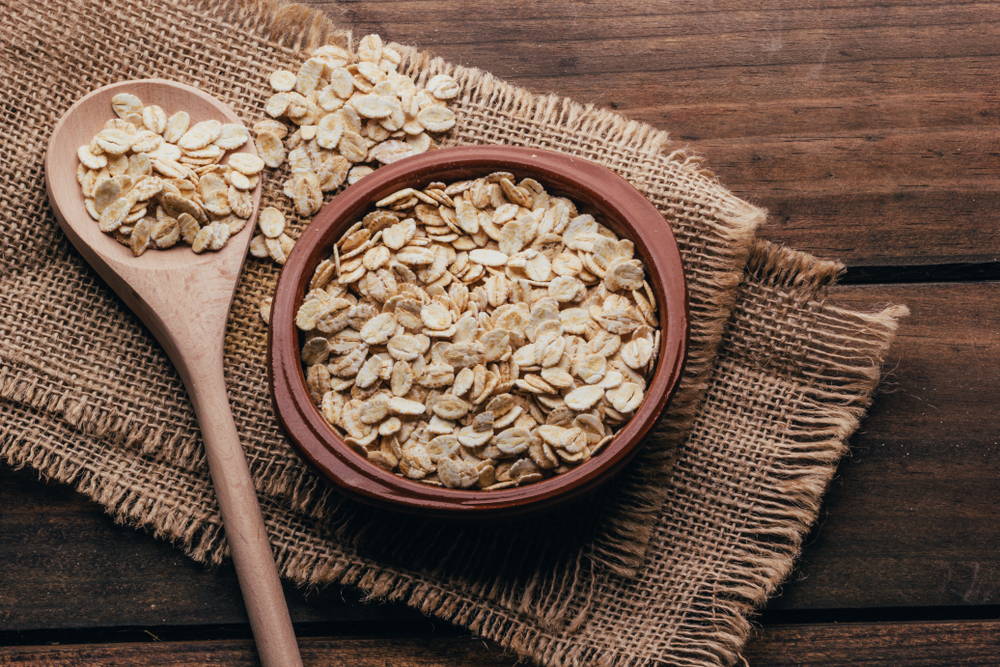 Oatmeal has proven to be a staple in many households for decades because it’s easy to prepare and it tastes great. But guess what? Oatmeal also has the ability to boost weight loss.

More specifically, oats proved to increase the loss of belly fat in a study printed in the Journal of the American Diet Association.

This study was conducted on 144 overweight and obese adults and showed that those who ate whole-grain oats twice per day decreased their waist circumference more than those who ate low-fiber cereal of the same caloric value twice per day. Both groups showed weight loss, yet those who incorporated oats lost more fat in the belly region than their counterpart. 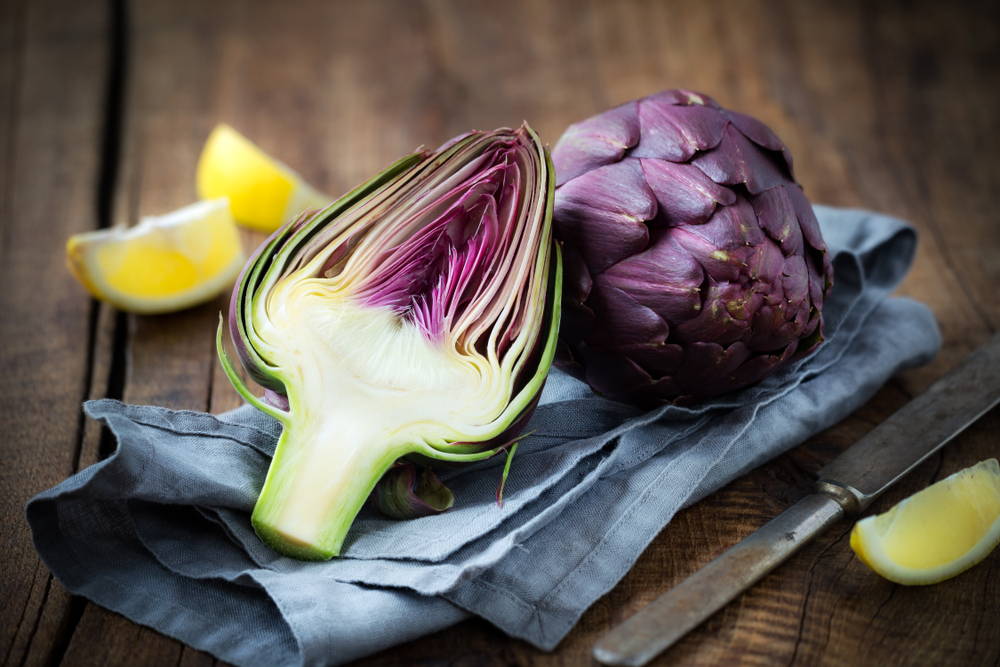 Artichokes are the perfect addition to a meal for their rich taste and their generous 7 grams of fiber per medium-sized cooked artichoke. This fiber helps to stabilize your blood sugar and cholesterol deposit which, in turn, helps you avoid chronic health issues that cause weight gain.

Artichokes are equally as helpful when it comes to bloating, as they are a natural diuretic. This means that it increases the production of urine, allowing you to expel excess water, leaving you with a flatter belly.

Additionally, there are so many different ways you can incorporate artichokes into your meal times. Consider marinated and grilled artichoke hearts for excess flavor and a health boost.

Check out a recipe for Marinated and Grilled Artichoke Hearts 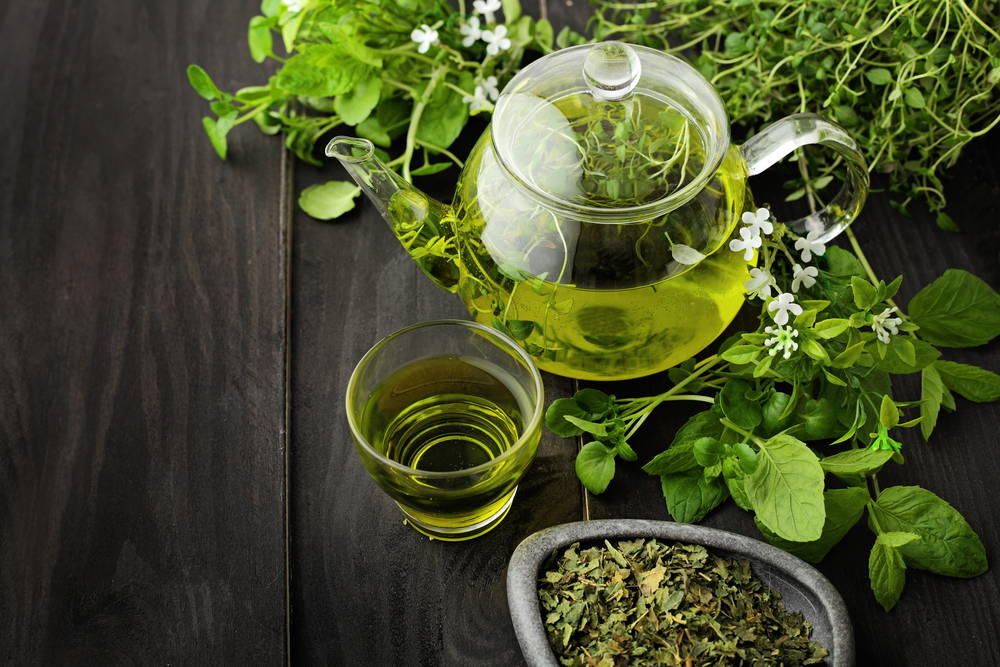 Green tea has magical abilities that detox the body, boost your immune system, and strengthen your heart’s resistance. But it too has the ability to help you shed some belly fat.

A study conducted at the American Society of Nutrition found that, because green tea contains catechins (a natural antioxidant), those in their study who drank this beverage were able to lose more abdominal subcutaneous fat (fat that sits under the skin) than those who did not.

Try our fitness challenge this year to help you get those extra pounds off fast. With a little help, you’ll be living a healthier, more fulfilled life in no time!

At the end of the day, there is a lot that goes into a holistic lifestyle. When you start your journey to healthier living, there seems to be so much information to weed through. It can be confusing and difficult to determine what you should focus on first.

That’s why we’ve developed a short 15 Point Guide to Essential Health. Take charge of your health, and with a little help, you’ll be living a more fulfilling life in no time. How to Choose the...