Healing Wonders Of Coconuts | 10 Benefits Of Coconut [INFOGRAPHIC] Skip to content
FREE Shipping on orders over $50 in the continental U.S.
Save 20% off any protein tub + Free Shipping on orders $50 or more
Discount Automatically applied at checkout and cannot be used in conjuction with other offers including subscribe and save 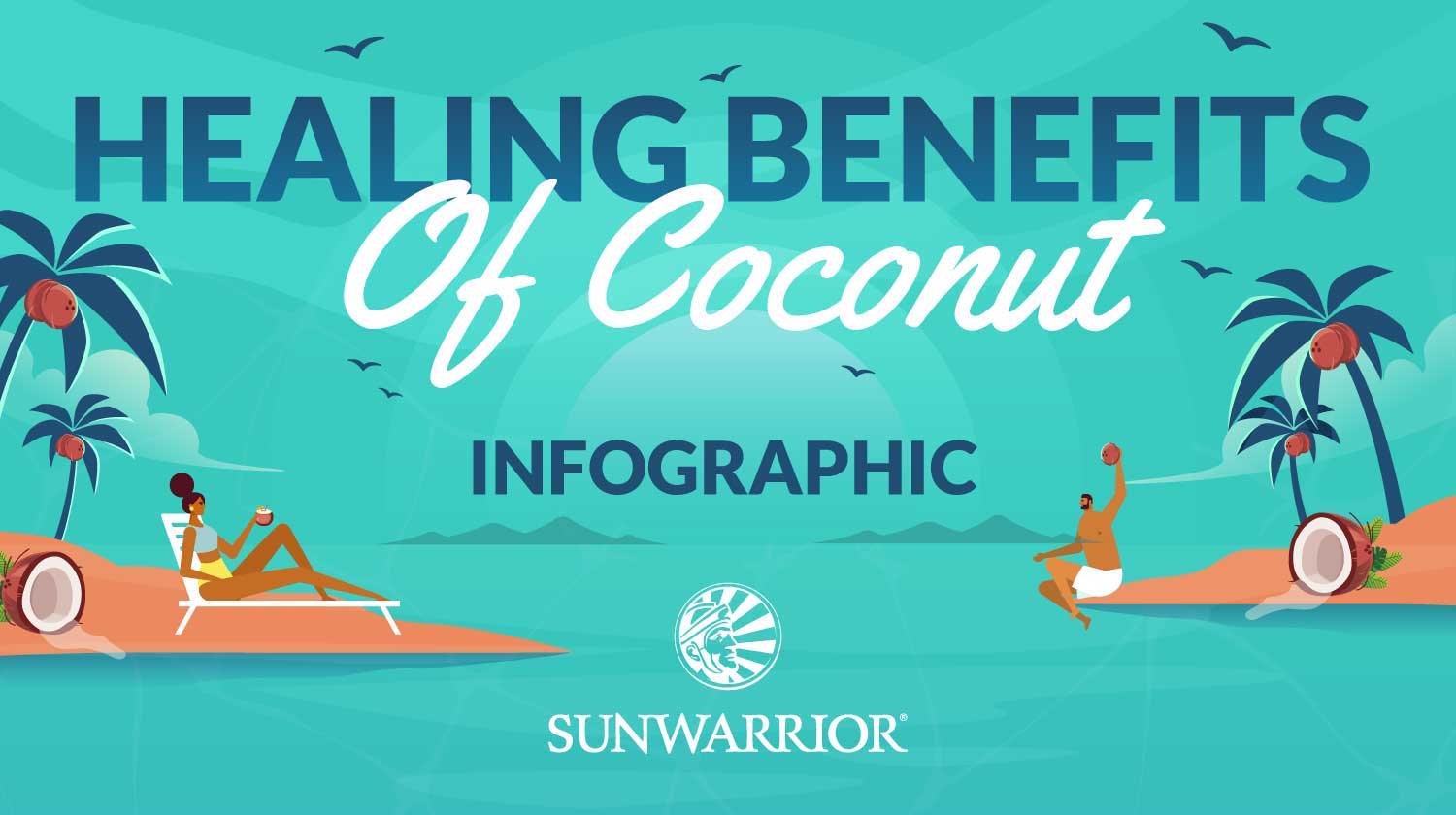 From lowering blood sugar levels to preventing urinary tract infections, here are the many benefits of coconut!

Coconuts have slowly become a very hot and versatile food commodity. They are being used in everything from our daily cuisine to our beauty regimens.

Not too long ago, coconuts had a bad reputation as being an artery-clogging, cholesterol-packed food that contributed to heart disease. Today, however, the coconut is making a huge comeback as the new miracle food.

Coconuts are highly nutritious, rich in fiber, and packed with essential vitamins and minerals. From culinary creations to magic beauty potions, coconuts pack a good punch.

What is it about this exotic food that continues to tantalize and intimidate us at the same time? Let’s explore more of the amazing health benefits of coconut and what they have to offer.

Fresh coconuts can be young or mature. Young coconuts either have a green shell or a white husk (where the green shell has been removed).

These are typically Asian coconuts. There is also the more familiar brown-haired variety, which is the more mature coconut.

Young coconuts are more health-enhancing of the two. The water in the young coconut is one of the highest sources of electrolytes.

Electrolytes are responsible for keeping the body properly hydrated so the muscles and nerves can function appropriately.

Therefore, it is more beneficial to drink the water from a young coconut after an intense workout rather than the commercial sports drinks we see advertised. 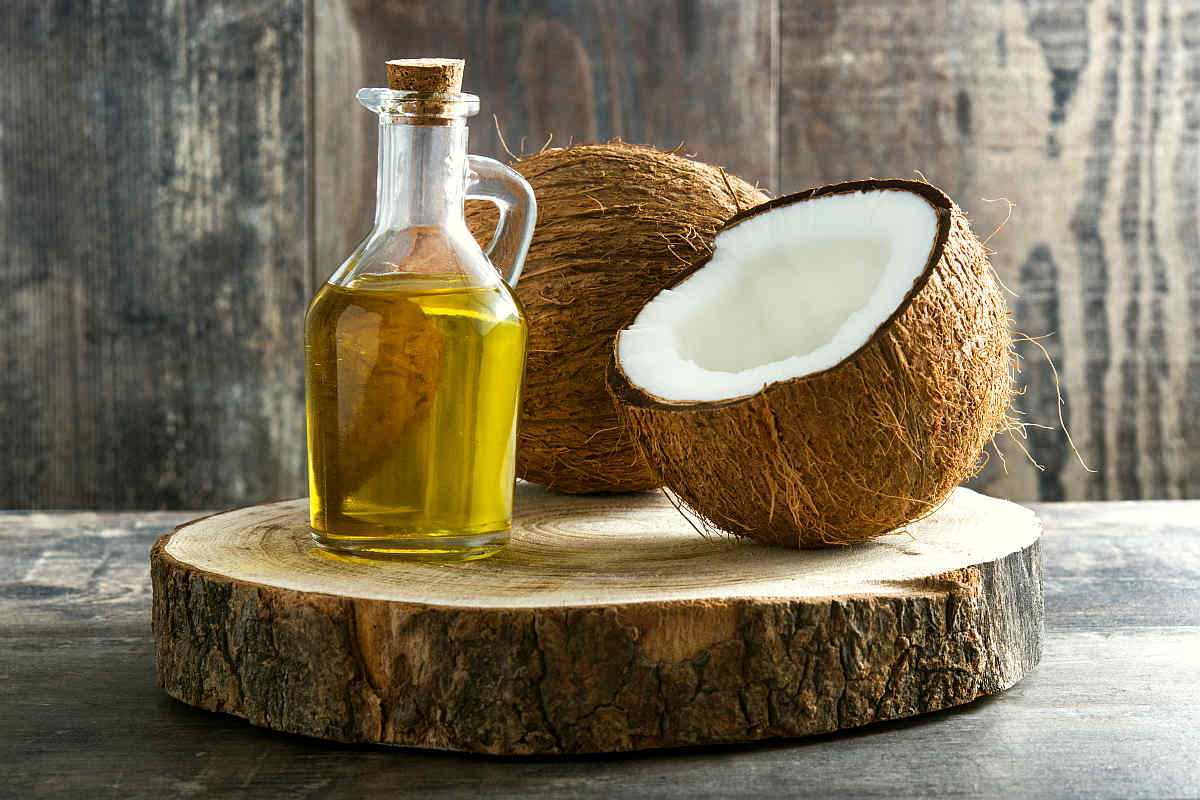 Coconut water is also low in calories, carbohydrates, and sugars, and almost completely fat-free. In addition, it is high in ascorbic acid, B vitamins, and proteins.

Furthermore, the soft meat or flesh, inside the coconut helps to restore oxidative tissue damage and contains a source of healthy fats, proteins, and various vitamins and minerals.

Despite its natural healing wonders, a lot of people are still confused as to whether or not coconut oil is good for our health because of its high content of saturated fats.

The white flesh is shredded, collected, and then cold-pressed at 90–100 degrees Fahrenheit. Unprocessed, unrefined virgin coconut oil is not hydrogenated and is a safe choice for consumption.

Although coconut oil is saturated fat, it is unlike the high-calorie, cholesterol-soaked, long-chain saturated fat. It is rich in a medium-chain fatty acid that can help boost metabolism and aid in fat loss.

It is metabolized quickly and instead of fat sticking to your belly, it gets burned off as energy. It also helps detoxify your body and balances your digestive tract.

One of the better-known uses of coconut oil is for cooking food. Coconut oil is one of the most stable oils when cooking in high heat.

It does not form harmful by-products when heated to normal cooking temperatures like other vegetable oils do. In addition, it can be used as a spread for baking and for making delicious raw, vegan desserts. 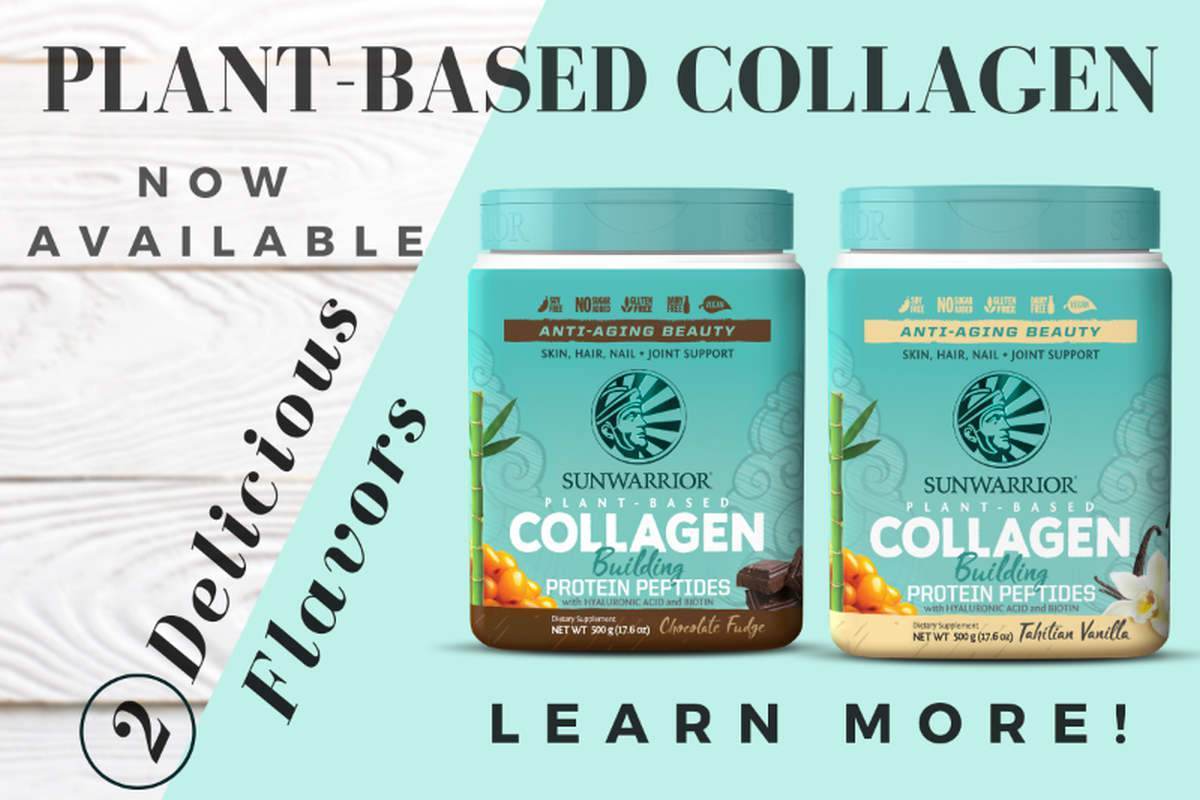 To add to its impressive list of benefits, coconut oil can also be used topically on the skin and hair.

Instead of bathing your skin with synthetic toxic lotions and creams, coconut oil can be used to nourish and moisturize our skin, scalp, and hair.

Coconut oil has been used as both food and medicine for many centuries.

Apart from the benefits mentioned above, here are ten more to take advantage of:

RELATED: Coconuts: A Nut From The "Tree of Life"

In the Kitchen with Coconuts 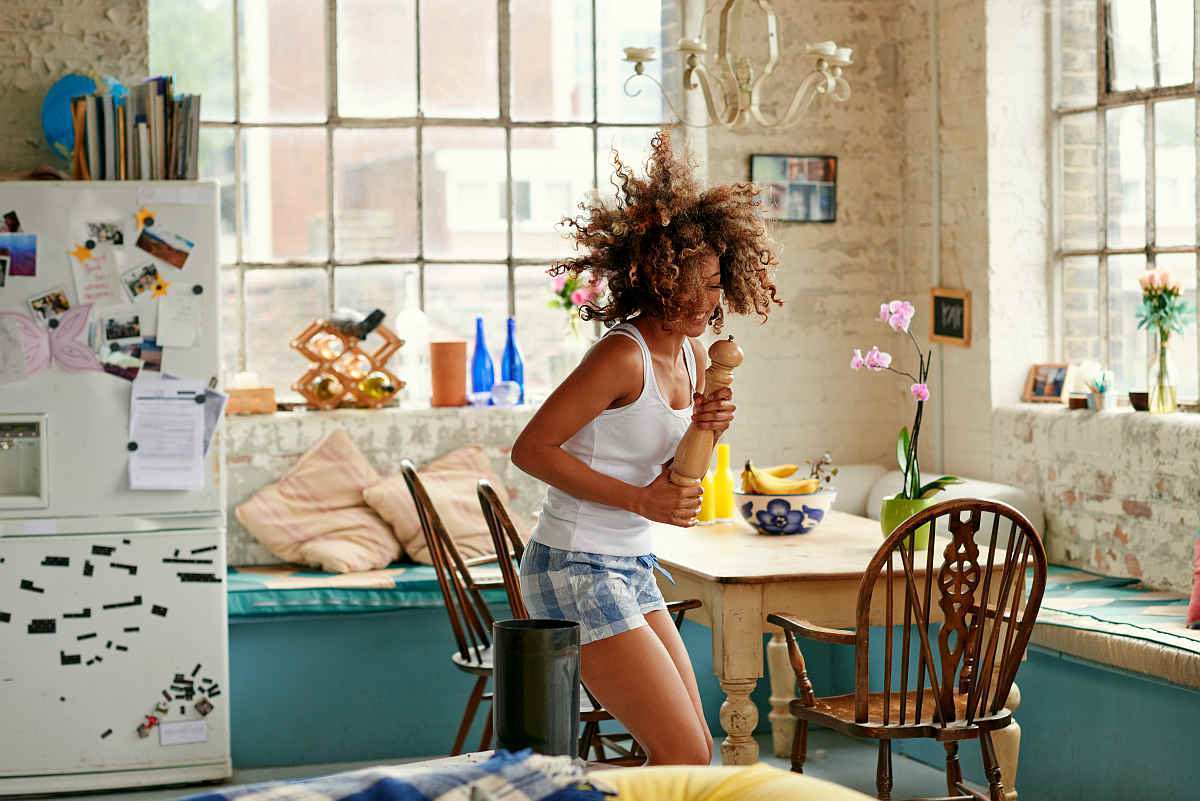 The benefits and uses of coconuts continue to impress, especially in the kitchen with creative culinary delights.

Due to its health advantages and natural low-glycemic index rating, coconuts have replaced cream and butter and refined sugar and flour.

What is a low-glycemic index? The Glycemic Index or GI is a ranking of how carbohydrates in food affect the body’s blood glucose level. Carbs classified as low GI means they are slowly digested and metabolized, so they only create a slow rise in blood sugar and insulin levels of the body.

The health benefits of coconut have allowed more and more products that enable broader use of coconuts to surface.

Here is a list of coconut products that have replaced some of our common, everyday ingredients for healthier, more delicious recipes:

Coconut milk is made by mixing shredded fresh coconut meat with water and then squeezing it through a sieve or cheesecloth.

The thick creamy liquid that comes out is coconut milk. It can be used for Thai curries and stews.

Coconut cream, on the other hand, is basically coconut milk without all the water. It is thicker and pastier.

Coconut cream can be used to make dairy-free whipped cream or make your own coconut yogurt.

Coconut sugar is derived from coconut sap. It is the sweet juice extracted when the budding flower is just about to grow.

This process offers a delicious, sweet taste similar to brown sugar with a hint of caramel, with vitamins, minerals, and amino acids.

Coconut sugar is considered a low-glycemic food and is diabetic-friendly. Use coconut sugar as you would commonly use other sugars and sweeteners. 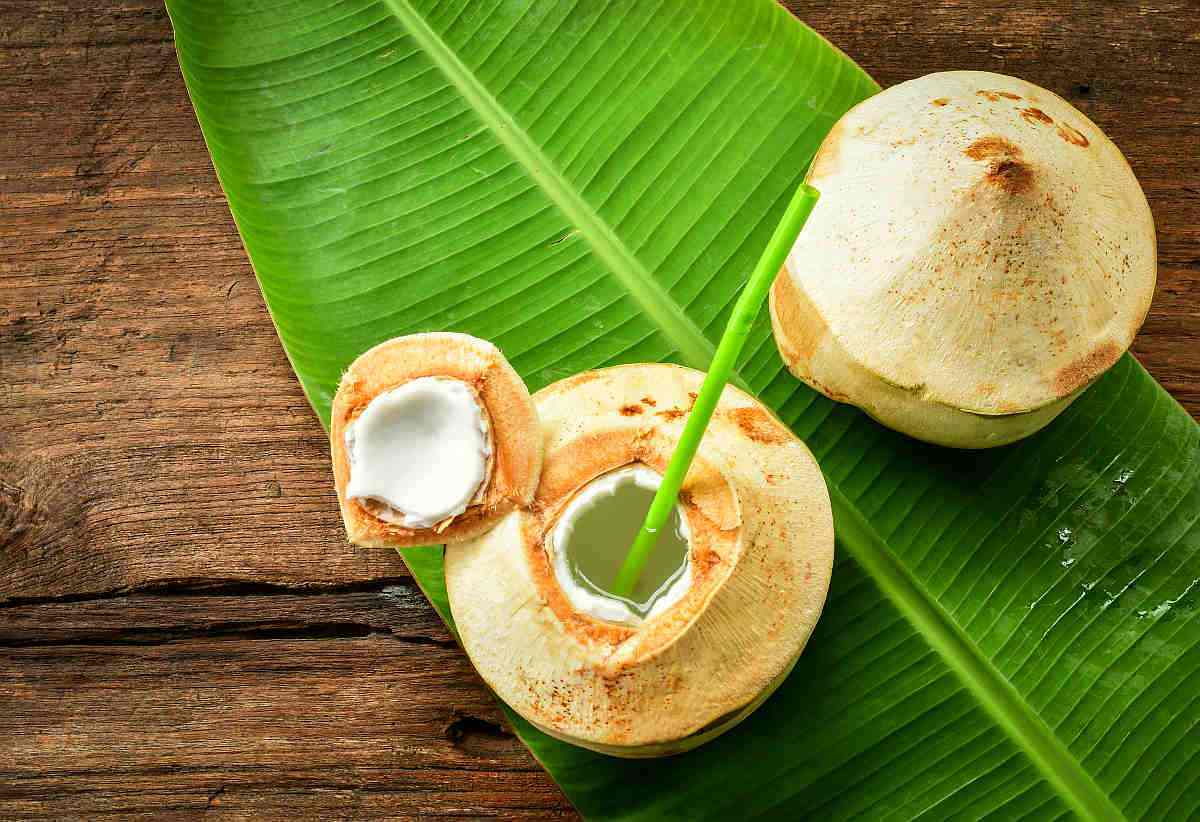 Can you add coconut into your low-fat diet? How does it compare to other fatty sources such as olive oil?

The answers lie in these facts:

1. Coconut Should Be a Staple for Those Doing the Keto Diet

First of all, what is the keto diet? Also known as the ketogenic diet plan, it is a program wherein you induce ketosis.

Ketosis is a state when the body burns fat instead of sugar for energy. To do it, you need to eat foods low in carbs but high in fat.

One of the benefits of coconut is it can help you get into ketosis due to its medium-chain fatty acids. Sometimes called MCTs, these are triglycerides that go straight to the liver.

The liver can then quickly convert the fats into ketones, which then becomes your energy source. In turn, you may be able to lose weight without feeling lethargic.

What are ketones? The chemicals the liver creates when insulin production is low.

Coconut may not be the best choice if you’re into a low-fat diet, but it doesn’t mean it’s bad. Remember, not all types of fat are created equal.

Do you want to become a vegetarian or a vegan? Eating coconut can help you!

As mentioned, you can make many things with coconuts. Try topping vegan muffins with shredded coconut.

You can add raw coconut meat to your salad as a topping ried coconut is great when paired with oatmeal. They are both rich in fiber and will help you feel satiated for a longer period of time.

Most of all, it contains moderate protein. It complements other plant-based products such as the Sunwarrior Classic Protein.

Blend them both, and you’ll have a creamy, delicious protein shake anytime you need one. What’s more, healthy fats can keep you full for longer periods.

Coconuts contain more than fats—they are also an excellent source of some trace minerals. These include:

One of the benefits of coconut is it has zinc and selenium, which are essential nutrients for maintaining thyroid function. You need iron in producing red blood cells.

Magnesium is a nutrient necessary for electrolyte balance. Potassium takes care of your nerve function, while copper reduces the risks of cardiovascular diseases and osteoporosis, a condition where the bones become brittle.

4. Coconuts Are a Great Moisturizer for Acne-Prone Skin

Contrary to popular belief, one of the health benefits of coconut is it helps fight acne. A lot of people mistakenly believe eating food with high-fat content leads to skin problems.

Some factors may also increase risks such as hormonal changes, lack of sleep, and obesity.

One piece of evidence of the effectiveness of coconut against acne is a 2009 study in the Journal of Investigative Dermatology. It found out that lauric acid, which is abundant in coconut, can reduce acne inflammation.

It may even be a better therapeutic option than benzoyl peroxide, which is a common acne treatment.

Another of the benefits of coconut is it contains capric acid, which reduces skin dryness that worsens acne. The fatty acid creates a layer that traps the skin’s moisture.

5. Science Can’t Still Agree on the Effects of Coconut Oil on Cholesterol Levels

In spite of studies showing coconut oil may reduce cholesterol levels, especially low-density lipoprotein (LDL) or bad cholesterol, some scientists are not convinced by its benefits.

One of the reasons is the high-fat content, especially saturated fat. A tablespoon of the oil can have almost 14 grams of saturated fat.

That makes it close to the recommended daily saturated fat intake of the American Heart Association (AHA)!

It also cited how it performed better than butter and was at par with safflower oil when it came to cholesterol synthesis.

One of the benefits of coconut oil is it’s more stable than olive oil when exposed to heat. In other words, it doesn’t change its composition.

This explains why you may want to cook with coconut oil instead of olive oil. Olive oil, though, still makes a nice ingredient in salad dressings, along with apple cider vinegar.

The wonders of coconuts never cease to amaze. They can add flavor, variety, and healthy nutrients to our diet.

Fans of coconuts these days are raving about the health and beauty powers that range from consuming coconuts both externally and internally. Coconuts are finally getting the respect they deserve.

What health benefits of coconut do you love the most? Share your thoughts in the comments section below! Editor’s Note: This post was originally published on October 4, 2018, and has been updated for quality and relevancy.