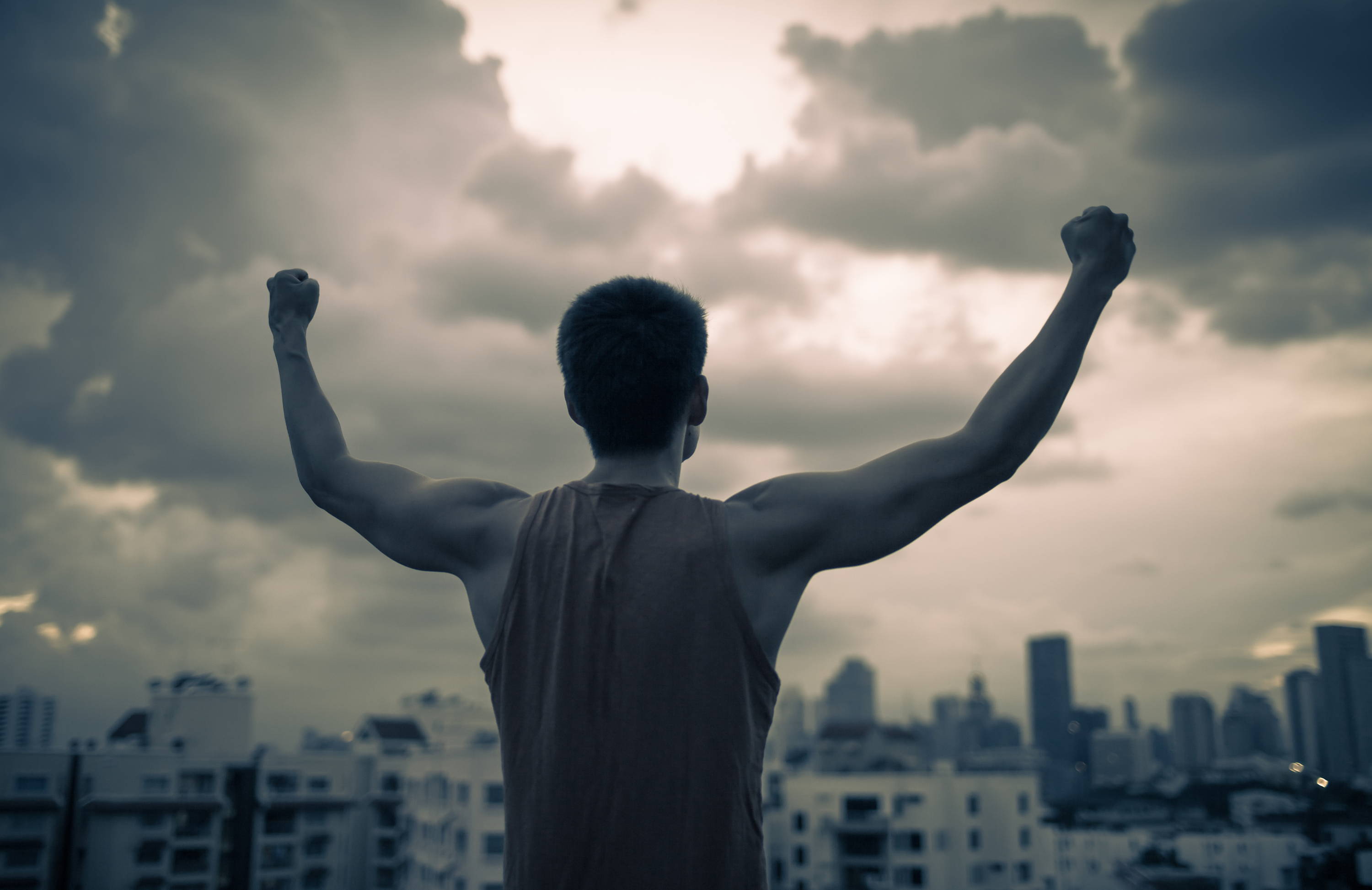 As a husband, parent, and grandparent, Steve Haycock loves spending time with family. And that’s truly amazing considering the disadvantaged past where he began.

As a child, Haycock—now 48—survived in “a toxic environment,” he says. “My father was abusive and spent time in prison. My mother worked two jobs trying to pay the bills. Our home was a war zone.”

Since he had never experienced a healthy home, the odds were stacked against Haycock making better choices than his parents had.

But then one day, something happened that changed everything. At 17, Haycock found himself in an audience listening to an accomplished speaker. That’s when he first heard the phrase Bucket List. “(The speaker) said he’d made a Bucket List in his teens,” Haycock reveals. “He then (lived) his life to accomplish his goals.”

Any other 17-year-old might have disregarded such advice – particularly one who had grown up in a neglectful, dangerous environment. But Haycock was already showing signs of wanting to rise above and to lead a more meaningful life. He had started his own business at just 12 selling industrial fittings, and by this time was contributing to his family’s inconsistent income by mowing lawns and working at a furniture store.

“I looked outside the walls of my home for examples of how to have a better life,” he says. “I would identify people I admired and would pay close attention.” In addition, this unique, very motivated youngster read personal development books. In doing so, he discovered a whole new world, and the wheels began to turn. 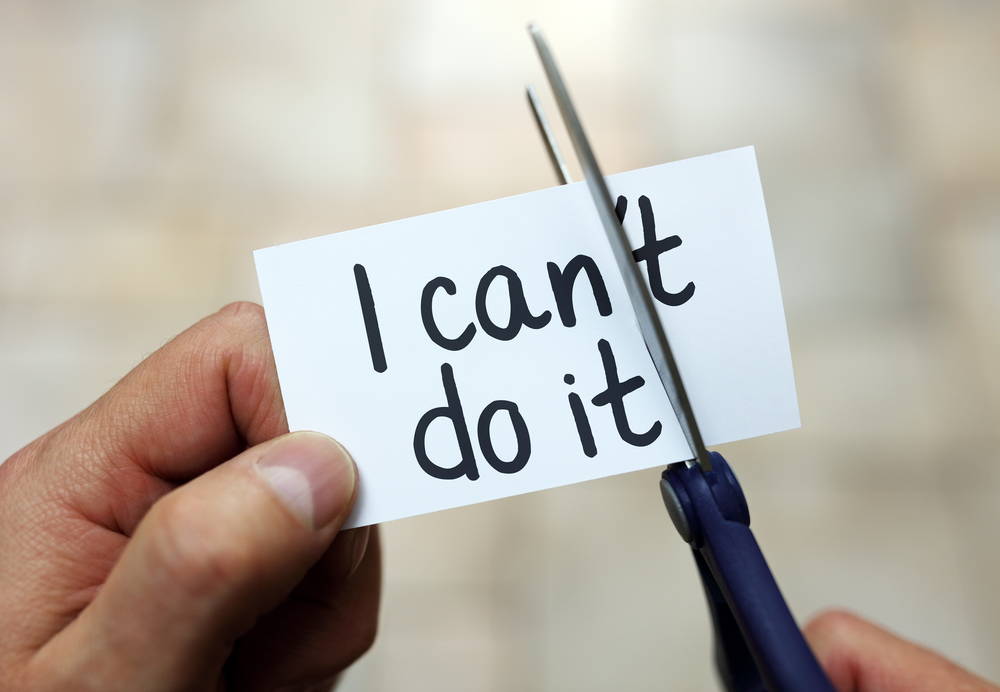 While hard work, soul-searching, and seeking mentors helped steer Haycock on the right path, something was still missing.

“At 20, I began searching for a theme for my life,” Haycock comments. He hoped having one overriding theme or mantra would help him achieve his goal of being the best person he could be, no matter what his circumstances had been before.

But he wasn’t having much luck deciding on just one theme. Then a seemingly random car drive helped him put the pieces together.

Cruising through the Chicago suburbs, Haycock noticed a piece of real estate that was being developed. A lightbulb went off. Reading the development sign as he drove past, “I was thinking about how someone saw raw land, decided to build something, and in that way, that person made a difference. And, eureka,” he laughs, “that was it, my life theme: Make a difference.”

With everything finally falling into place, Haycock spent the next two decades honoring “make a difference” in his life. He broke the cycle of abuse by putting his heart into parenting, being a loving husband, and being a supportive friend. He ensured his family’s future by opening and operating a successful business. Life was finally going the way he’d hoped it would. 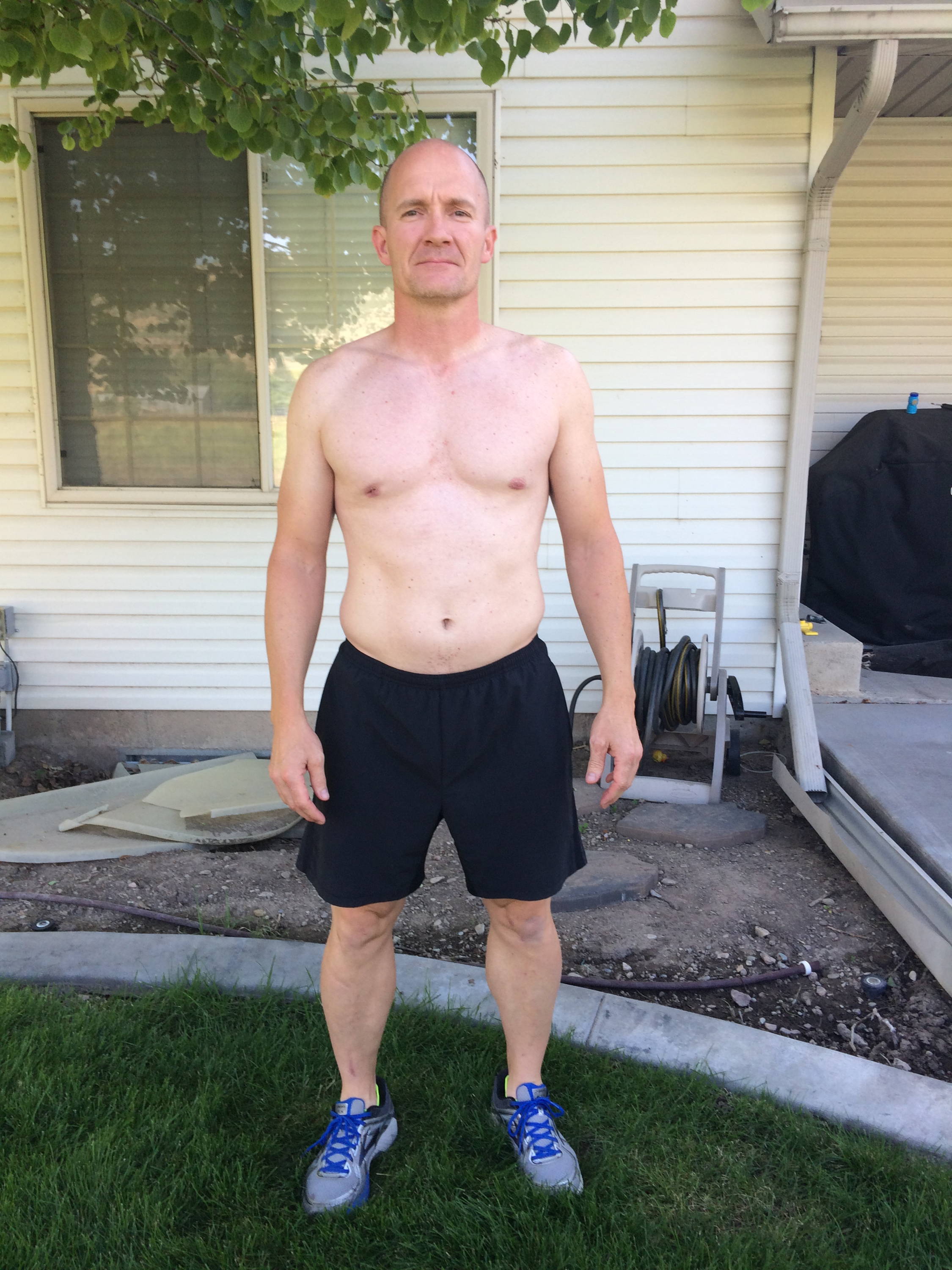 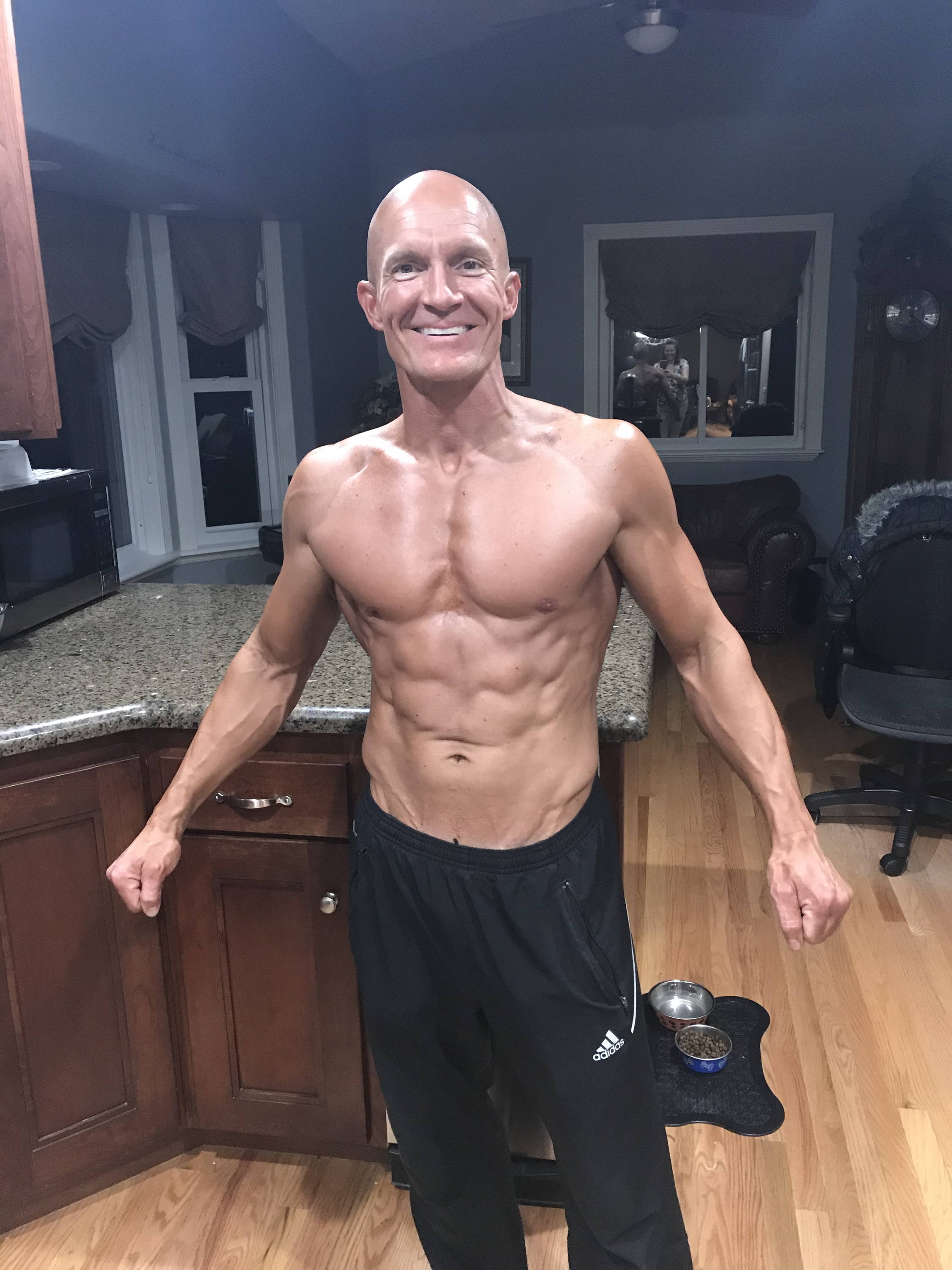 Not Half Over, But Half Begun

Haycock realized, though, that much of this action was driven by past pain. “I was trying desperately to become everything my father wasn’t,” he admits. “I felt I had to become a successful father, husband, and businessman, and I was driven to achieve success.”

While he’s glad now that he worked hard to achieve a wonderful life for himself and those he loves, Haycock began to realize he shouldn’t just be driven. He felt he should experience joy – and in the midst of doing for others, he should achieve his own personal dreams.

One of Haycock’s Bucket List items had been to get in top physical form. But in his busy schedule of work (today he owns an energy company with operations in several states), family, and friends, somehow, time seemed to have slipped by.

Haycock took this half-joking exchange with the same energy he’d tackled everything else in his life. “I realized I’d spent the first 20 years surviving, and the next 20 overcoming,” Haycock says. “I decided to spend the next phase contributing.”

Moving From Driven to Personal Fulfillment—and Helping Others

But in order to be a help to others, Haycock knew he first needed to face the challenges he'd set for himself. Realizing he’d put off the more self-focused items on his Bucket List, Haycock ran the marathon he’d always promised himself, then later, took place in a men’s physique competition. With the demons of his past at last conquered, he could finally focus on personal joy.

At the age of 48, Steve ate and worked out toward that goal. With six months of preparation, he went from 21% body fat to just 5% and now looks more chiseled than he ever has.

“One of the best things I learned was how to fuel my body properly,” Haycock notes. “That’s where my relationship with Sunwarrior started.” He had been eating “pretty clean” before, but now he decided to research nutrition and take things to the next level. “Sunwarrior quickly became my product of choice,” he says.

And while competing with much younger men seemed daunting, it was also empowering. Amazingly, instead of resting on his laurels, “I needed to decide what my next challenge would be.” 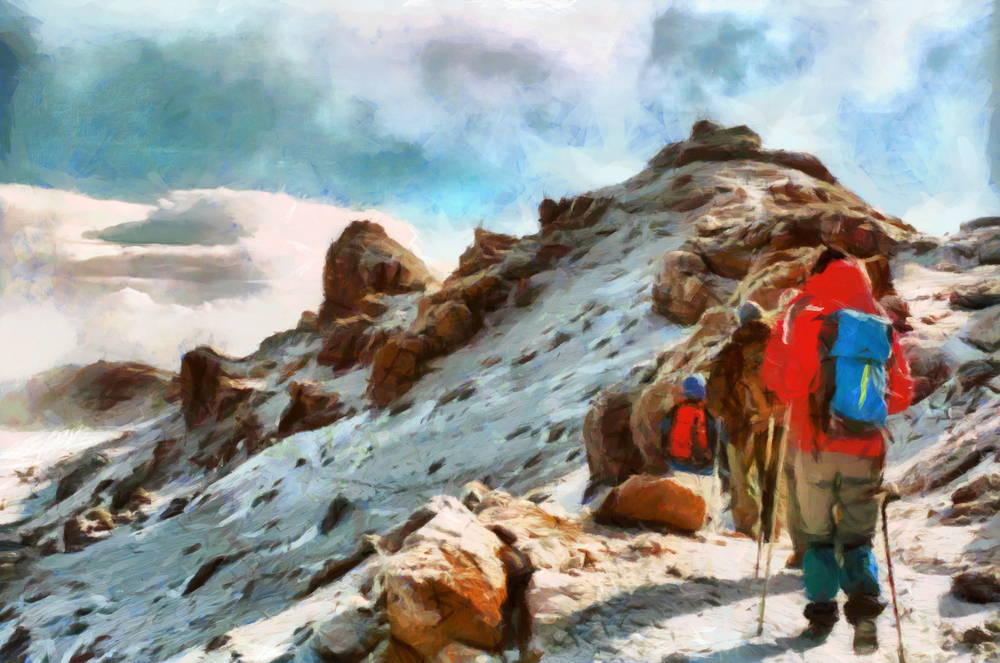 With this in mind, Haycock plans to summit Mt. Kilimanjaro with 20 other climbers. The climb will take place May 14, 2020 to mark his 50th birthday.

Remarkably, the group will be guided by Jeff Evans, the guide who helped the first and only blind individual ever to summit Mt. Everest.

Haycock will be climbing more than Kilimanjaro, though. This decision also marked the discovery of Haycock’s “koken,” a Japanese word which means “contribution.” He developed a plan to help others achieve in a much shorter time than the 30 years it took him.

This means he’s scaling life’s mountain, too, and has come to the other side healthier than ever – and is helping others to achieve that same happiness.

“The theme for the second half of my life is ‘empower contribution,’” he notes. This, plus his plans for Kilimanjaro, are documented on his blog, www.MyJourneyto50.com.

“If there’s one piece of advice I could give to the world, it would be an old saying: if you help someone’s boat across, yours reaches the shore as well,” he says. “Decide what your koken (contribution) is in the world, put a plan in place, and then do it.”

Our Latest i am a sunwarrior Articles